He’s great in the pool, but he had trouble on land. Ryan Lochte is out of training for a bit after being injured by an overzealous fan. 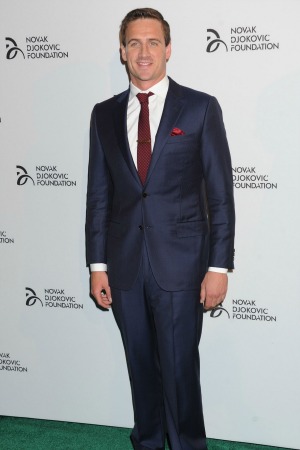 Most athletes get injured while they are training for their sport. However, it was a random encounter with a fan that will keep swimmer Ryan Lochte out of the water for quite a while.

On Sunday, the three-time Olympian greeted an excited teenage fan. The girl ran toward the athlete who caught her in his arms. Upon impact, the two toppled over and his left knee was blown out when it hit the curb. The fan was unharmed from the incident.

As a result, Lochte will have to take some time off from his training.

His publicist elaborated on the injury in a public statement on Tuesday, “As a result of a freak injury caused by an unexpected fan encounter, Ryan has suffered a torn MCL and an ACL sprain and will be taking a break from training and competition.”

The good news is that Lochte will be OK, but it will take some time for him to be back at his Olympic training level.

His rep continued, “His medical team expects him to make a full and speedy recovery and Ryan thanks everyone for their well wishes.”

While the E! reality star recovers perhaps he will focus on his interest in fashion. He even talked about modeling his career after Kim Kardashian, whom he considers a role model.

He told USA Today Sports in April, “I have the most respect for her with her business and what she’s done. She started from nothing and now look at her. You can ask anyone and they’re going to know who she is. She’s handled herself really well throughout the years of doing her own show. She’s a star.”

With the Rio Olympics still three years away, Lochte will have plenty of time to be back in top shape to add to his medal count. Just stay away from teen fan girls!