At the young age of 23, Taylor Swift has been making music for nearly a decade. The CMA Awards will be honoring the singer with their award reserved only for the very best. 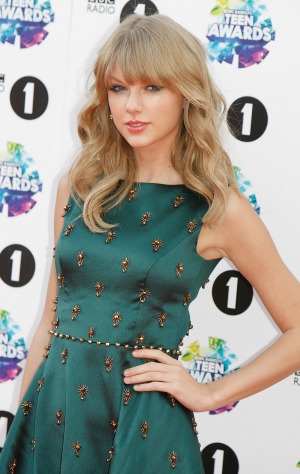 Taylor Swift has gone from a teenage country singer to a worldwide pop star, and the Country Music Association wants to honor the singer in the town she calls home. The CMA Awards will present Swift with their Pinnacle Award Wednesday night in Nashville.

The award is presented to the person who has “achieved both national and international prominence through concert performances and record sales at levels unique in Country Music,” the CMA explained. Garth Brooks received the first award when it was created in 2005.

The Association said they also believe Swift will make an impact on the world of country music for years to come. She has already made an impact on many people, not just her fans.

“I can’t think of a better opportunity than ‘Country Music’s Biggest Night’ to present an award of this magnitude to an artist of this caliber,” CMA President of the Board Ed Hardy said. “I’ve known Taylor since she was 16. She came to my office with her Mom to play her music and I was amazed. Taylor’s outstanding career epitomizes the definition of the Pinnacle Award.”

The Pinnacle Award may not be the only CMA award Swift receives Wednesday night. She is nominated for six other awards, including Entertainer of the Year, Female Vocalist of the Year, Album of the Year and three others.

Swift’s latest album Red is now only a little more than a year old, but she is still releasing music from it. Red has sold six million copies worldwide, including 1.2 million sold in the U.S. in its first week out. She is already working on her next album, and promises to make this one even more personal.

The Country Music Awards will air live on ABC Wednesday night, Nov. 6. Carrie Underwood and Brad Paisley are on board to host.