Charlie Sheen’s twins are definitely feeling the effects of the instability in their lives caused by their parents, and the situation is so bad that Denise Richards can’t handle them anymore. 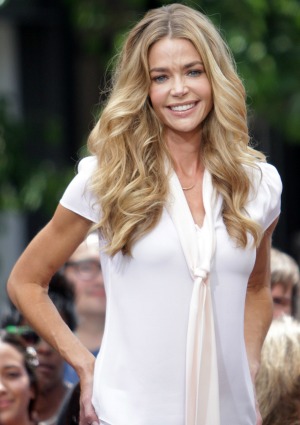 We already thought Denise Richards is a total saint for taking in the twin boys of her ex-husband Charlie Sheen when the courts decided neither he nor their mother Brooke Mueller were fit for custody. Now it’s even more apparent that Denise should get a medal for mother of the millennium.

Apparently Bob and Max are little terrors — actually, that phrase isn’t strong enough to describe the level of horrifying behavior exhibited by the 4-year-olds — and it has gotten so bad that Richards feels she can no longer care for the boys while keeping her daughters and pets safe.

In a letter reportedly written to the Department of Child and Family Services and obtained by TMZ, Richards detailed the boys’ shocking behavior, including kicking her dogs in the heads, attempting to strangle the animals, and committing violence against her three daughters including hitting, biting, punching, strangling and spitting. They have even thrown poop at the girls, and are on the verge of being kicked out of school for harming other students and slapping teachers in the face.

Richards claims the violence escalates after the boys return from visiting their mother and said they have awful nightmares after being forced to stay up with Mueller until 4 a.m. And while Richards has been advised by the boys’ pediatrician to seek psychological help for them, Mueller has blocked her efforts.

Now the actress says that her heroic efforts to provide a stable home for the boys has to come to an end and she can no longer care for them without keeping her own daughters safe.

Sheen and Mueller are currently embroiled in a nasty custody battle. Sheen does not want Mueller to get solo visitation with the boys and has been making what Mueller believes are thinly veiled death threats against her. A judge disagreed and refused to grant her an emergency restraining order. Sheen upped the ante today with this lovely little Twitter post.