Jon Gosselin revealed that due to the reality show his kids were on, they’re now having developmental issues. 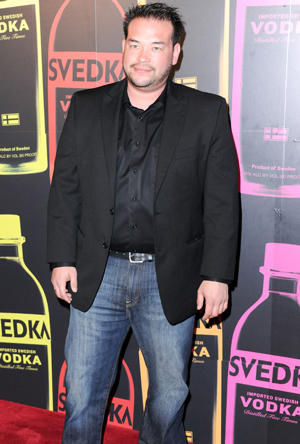 After years of growing up in the spotlight while on their popular TLC reality show, Jon Gosselin says his kids are now having problems “developmentally.”

Speaking on Oprah Winfrey’s OWN show Where Are They Now? Gosselin, who now works as a waiter, admitted he doesn’t think the positives of being on the show are more than the consequences his children are experiencing.

“I saw my kids not growing up normally, like I grew up, and having community,” Gosselin explained. “Yes, they got to travel the world, and yes, they got these fabulous things, and yes, they have trust funds, and they’re taken care of educationally. Great.”

Not only does he feel the kids — twins Cara and Maddy, 13, and sextuplets Aaden, Alexis, Collin, Hannah, Joel, and Leah, 9 — are having these serious issues, but he and his ex-wife, Kate Gosselin, have very different ideas about raising them.

“We’re not on the same page at all about anything…” Gosselin said. “At this point there is no cooperation, there is nothing. There’s two totally different parenting styles.”

Gosselin appeared on the reality show Jon & Kate Plus 8 from 2007 to 2009 before he divorced Kate and went his own way. Once he was out of the picture, Kate and the kids continued to appear on a new reality show without their father.

Other than Gosselin’s concern for his children’s development, he claims he has no idea what else takes place at Kate’s home or in her life. “I really have no relationship with Kate,” he said. He also added that he feels their different parenting styles really affect him, and more importantly, affect their kids in a very negative way.