Reza Farahan of Bravo’s Shahs of Sunset will be hanging out on Twitter with SheKnows on Friday, Nov. 8 at 12:15 p.m. PST. Find out how to tweet your questions to the reality star. 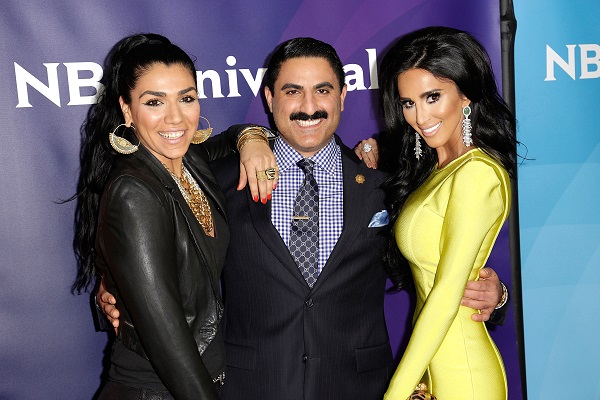 Tweet us your questions using #SheKnowsReza and join us live on Friday, Nov. 8 at 12:15 pm PST to hear the answers during our live Twitter takeover with Reza Farahan of Bravo’s Shahs of Sunset!

Farahan may be famous for his mustache, but this breakout star of Shahs of Sunset is a very accomplished man. He’s not just any reality TV star. Farahan’s passion for real estate began when he was a child as he dragged his parents to open houses to explore his love of art. He later went to San Francisco State University to study architecture.

Watch clips from the Shahs of Sunset second season premiere >>

At 21, Farahan became a personal trainer and opened his own gym, but in the back of his mind real estate was always his passion. He eventually went on to sell each of his clients a new home. That was just the beginning of the continued success he’s found in the profession today that has propelled him to such heights that he can say he’s sold one of the 10 most expensive homes in the history of real estate.

Every week, fans tune in to watch Farahan and his enthusiastic approach to all of his life’s endeavors on Shahs of Sunset. They’ve watched as he confronted his father about never feeling truly accepted within the family and have seen family secrets revealed.

Bravo shows renewed including Shahs of Sunset for a third season >>

Farahan is one the few openly gay men in the Persian community and was awarded the 2013 Logo NewNowNext “Most Addictive Reality Star” Award. All he really wants is an all-American family complete with a house and white picket fence — and to be the host of his own talk show.

Whether he’s passionately restoring and refurbishing old homes or running the Los Angeles Marathon in three hours, 22 minutes and 22 seconds (he qualified for the Boston Marathon and he’s not even a runner!), Farahan does everything with a unique appeal that has won the hearts of TV viewers across America.

Reza Farahan one of the highest-paid reality stars on television >>

Now you have the opportunity to share in his zest for life. Throw some questions our way and join the conversation!