Amanda Bynes is rumored to be making great progress at the rehab center, and it is hoped she will be mentally fit to leave the facility before Christmas. 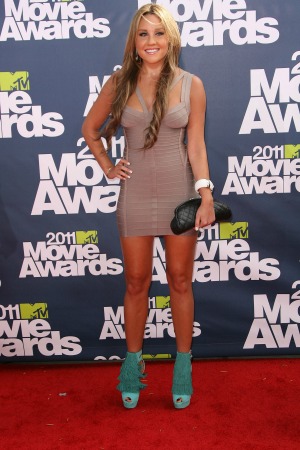 Troubled actress Amanda Bynes has not had an easy few months. After months of bizarre behavior, the final straw came in July, when she set fire to a stranger’s driveway, which led her to be placed under an involuntary psychiatric hold.

Since then the 27-year-old actress has moved from the UCLA Medical Center, and is now undergoing treatment at a rehab facility The Canyon in Malibu, California.

Bynes has allegedly been diagnosed with schizophrenia and bipolar disorder and has been unable to leave the facility since July, because she has not been in a mentally fit state.

However, new reports suggest the Easy A actress is making significant improvements on her road to recovery after three months of intense treatment. It is now hoped she will be home in time for Christmas.

A source previously revealed to Radar Online, “The decision was made to move her [Bynes] to another facility that was in a much more serene setting and nurturing environment.”

“Amanda is actually doing a lot better. It’s not only a rehab facility and does offer extensive treatment for patients in need of mental health treatment.”

According to sources at TMZ, Bynes has been responding well in the nurturing environment of The Canyon, and her medication and counseling have marked a change in the actresses health, with doctors believing her treatment has ”sufficiently stabilized” her.

Bynes’ progress has even allowed her to enjoy supervised outings twice a week and a source revealed to FOX411, “Amanda is being given two passes a week to go the beach, or out to eat and do things like that, accompanied by a professional handler.”

“She is making great progress.”

Even if the Hairspray star is released in time for Christmas, she still needs the love and support of those around her and it is believed she will be released into her mother Lynn‘s care.

We hope she is left in peace when she returns home, so that she can recover in her own time.