Katy Perry just roared past Justin Bieber for the most Twitter followers, but she and other stars have a little trick up their sleeves. See what other celebs have a ton of followers and if they’re the real deal or totally faking it. 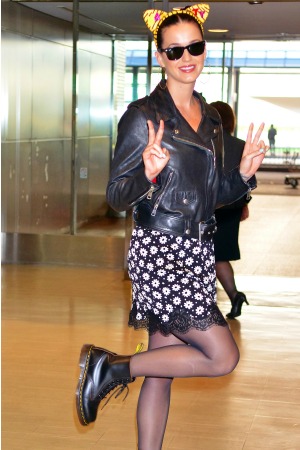 Rough weekend for Justin Bieber: First, the teen idol was hit with a bottle while performing in Brazil and stormed off the stage in protest, then he was busted visiting a brothel and leaving with two shady ladies and was turned away from multiple hotels with rules against prostitutes. And it gets worse: He has lost his place as the star with the most followers on Twitter to Katy Perry.

“For Katy, who has always been about making connections with fans, the social networks are a huge advantage,” Perry’s manager Martin Kirkup told USA Today. “I often say that Katy was born on the internet. She’s taken the fullest advantage of the wonderful world of greater connectivity.”

But how much of that is real? Turns out, Perry, Bieber and a host of other celebs have been accused of having tons of fake followers — in some cases, more than half!

“Fake accounts tend to follow a lot of people but have few followers,” StatusPeople founder Rob Waller told The New York Times. “We then combine that with a few other metrics to confirm the account is fake.”

What other stars are totally faking it? Prepare to have your mind blown.