Josh Brolin should have stayed home on Friday night instead of drinking because he got into not one, but two altercations during his evening out. 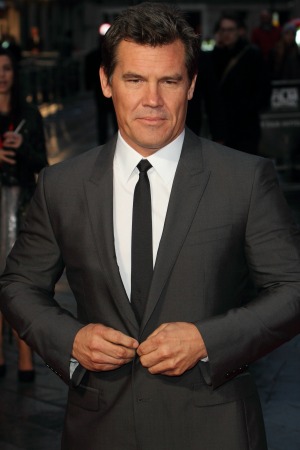 Josh Brolin had a quite a weekend after getting into two tussles that were caught on tape for all to see. The actor had a few drinks under his belt when it all happened.

The first incident occurred just after midnight on Friday when the Labor Day star rear-ended a cab in a Del Taco drive-thru in Los Angeles. The minor accident happened while the two cars were waiting to pay for their order. The taxi driver wanted to swap car insurance information, but Brolin would have none of that.

According to TMZ, the 47-year-old actor shouted at the driver, “You suck as a cab driver.”

He then drove away from the scene without getting his food. As of Monday, the cab driver has not filed a police report, but Brolin could be charged with a hit-and-run if that report is issued.

A few hours later, Brolin found himself in trouble again. This time, it was with the bouncers at O’Brien’s Irish Pub in Santa Monica. He got into a flailing fistfight with the security guards until one of the men convinced Barbra Streisand’s stepson that the two had been hugging only moments before.

While the entire fight and ending of the altercation seems implausible, TMZ has the event on video. Brolin actually hugged the bouncer at the end of row. The employees at the bar tried to get him in a cab, but he ran off instead of having someone else give him a safe ride home.

How does Brolin feel today? He told the gossip site that his drinking days are “completely done.”

Let’s see how long he keeps that promise.