“Lookit that!” Ted Mosby travels into the future to propose to The Mother on How I Met Your Mother. 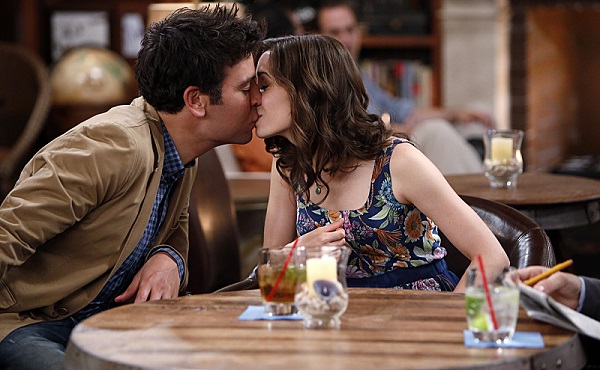 We just finished another episode in the final season of How I Met Your Mother. We’re giddy and sniffling and there’s only one thing left to say: Thanks a lot, Ted!

Have you met The Mother? SheKnows chats with Cristin Milioti >>

For eight seasons we’ve listened to Ted Mosby’s round-about way of telling his children how he met their mother. In most instances, these stories have been absolutely inappropriate for a father to tell his kids. How Mosby (Joshua Radnor) has always been a bit of an over-sharer. Plus, you know, they’ve been wildly entertaining for us.

After almost a decade of waiting, we finally saw the face of The Mother in the Season 8 finale. Now, scattered throughout this season, we’ve seen snippets of our Future Ted with The Mother. All-in-all, it’s been well-played by EPs Carter Bays and Craig Thomas. This week, though, was an especially amazing moment. Present Ted stood on top of the lighthouse near the B&B where Robin and Barney are preparing to marry, next to a girl who made him physically sick. (Kind of.) Future Ted stood at the top of the lighthouse with The Mother (Cristin Milioti), reminiscing about his first visit.

Then, future Ted proposed. The short scene held some pretty adorable moments, like finding out that any time Ted pukes, so does The Mother. All of her excited interruptions during his proposal were also super cute. Once again, The Mother is exactly the kind of adorable Ted Mosby deserves. Every second of their very short scene together was absolutely perfect. And then, millions of HIMYM fans began snorting back sniffles and fanning their eyes.

In other news: The rest of the gang continued to battle their own issues. Lily drank away her anger over Marshall taking the judge job without talking to her first. Meanwhile, Robin had a scrambled egg-off with Barney’s mother. Their rivalry ended, though, when Barney told his mom that Robin can’t have kids. When Robin’s mom bails on her daughter’s wedding, Loretta steps up to offer a hug and invites her to call her “Mom.” So sweet! And quite possibly the most motherly moment we’ve seen from Loretta.

For more TV news, sign up for our newsletter! >>