Peter Jackson’s Hobbit series has taken a dark turn. The Desolation of Smaug pits our heroes against a very angry and very powerful dragon. 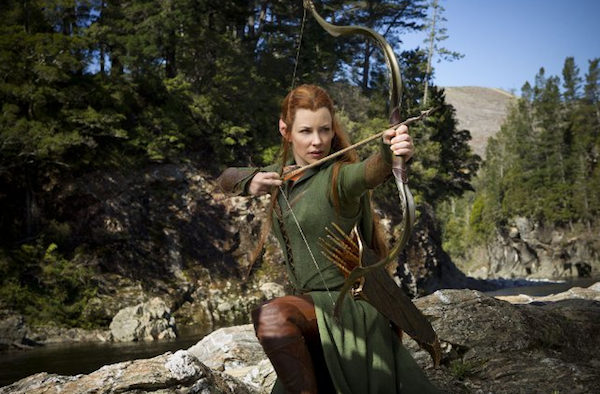 Following last year’s An Unexpected Journey, is a sequel that puts many lives on the line. In The Hobbit: The Desolation of Smaug, Bilbo (Martin Freeman) and company have their work cut out for them. Elves and dwarves are the least of his problems. He has a dragon to beat.

Monday, Warner Bros. released a sneak peek of The Desolation of Smaug. It features the return of everyone’s favorite Hobbit as well as Lord of the Ring’s alumni such as Legolas (Orlando Bloom). The handsome elf finds himself stuck in the middle of a battle that could have epic consequences.

Everyone wants to be the king under the mountain, but Smaug (Benedict Cumberbatch) has plans of his own. Despite their reservations, Bilbo and his friends decide to face the creature head-on. Smaug’s reputation precedes him and the local villagers are shaking in their boots. They don’t want to rock the boat.

Like the previous trailers, Warner Bros. is keeping Smaug’s full look under wraps. The most we’ve seen is his mouth and terrifying eyes. They’re obviously saving the body reveal for the film itself.

Watch a sneak peek at The Hobbit: The Desolation of Smaug below:

Will you be seeing the new Hobbit next month?