News has broken that Jennifer Morrison has split from her co-star beau Sebastian Stan. The shocker is that she managed to hide the breakup for four months. 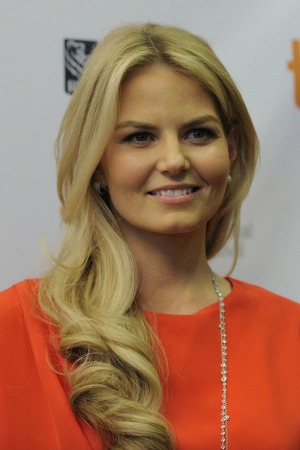 Jennifer Morrison had been dating her co-star Sebastian Stan since last year, but apparently things weren’t going very well because the former couple’s fairy-tale romance has come to an end.

The couple started dating in the summer of 2012 and fans were rooting for this relationship to be one that would have a very happy ending.

However, there is always going to be heartbreak in Hollywood, the shocker here is that this isn’t even recent news.

The Once Upon A Time actress is so good at keeping a low profile that the press didn’t even realize that she had been single for four months already!

That is, not until a source revealed to Us Weekly, “They broke up at least four months ago. They have gone their separate ways — no bad blood.”

This is not the first failed romance with a co-star that the 34-year-old beauty has had. Morrison appears to have a bit of a pattern when it comes to dating co-stars, and was previously engaged to her House co-star Jesse Spencer in 2006 before the pair decided to call it quits just one year later.

Actually, her ex-boyfriend Stan has the same habit, having previously dated his co-star Leighton Meester when he appeared on the hit series Gossip Girl.

We wonder who this former couple’s next co-star/lover will be? But for now it seems that Morrison’s only hookups will be on the set of Once Upon a Time.