Austin Mahone is working on getting back to his old self after doctors found a blood clot in his throat just two weeks ago. 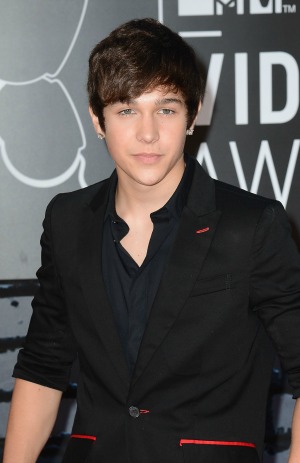 Just weeks after being rushed to the hospital with a scary health problem, Austin Mahone is on his way back to normalcy. The pop star was taken to the hospital two weeks ago after a blood clot was found in his throat.

The 17-year-old knew something was wrong when he started feeling the symptoms, which gradually got worse.

“I would say two days before I started feeling a little bump in my throat,” he explained. “Every time I swallowed it would be scratchy, it would hurt and I had the chills. It made my throat hurt so bad, for three days straight I wasn’t even eating solid food.”

Blood clots aren’t exactly common for teenagers, and for Mahone, it wasn’t a random incident. After being rushed to the hospital, he was prescribed antibiotics and sleep.

“The doctor said whenever I do a lot of traveling I don’t get much rest,” he said. “I’m waking up at 3 a.m., then going all day, then not going to sleep until 12. He said I need a lot more rest, and I just need a break.”

Mahone has been doing what he can to get healthy, including going to the gym, but “not as hard as I was… just trying to slowly get back into it. I was starting to feel like a couch potato.”

Mahone has been doing some thinking about life since his incident. On Oct. 30, he posted on Instagram, “Everybody dies, but not everybody lives.”

The singer, who was recently named one of Billboard’s top 21 artists under 21, had to cancel some tour dates due to the health scare, but is doing what he can to make them up. New dates have since been confirmed, but the first one is nearly a month away. Mahone will be performing Dec. 2 at the Kiss-FM Jingle Ball in Dallas and will continue out on the road until March.