Michelle Pfeiffer has enjoyed career longevity, but as a broke actress in her 20s, life was far less glamorous and she found herself involved in a dangerous cult! 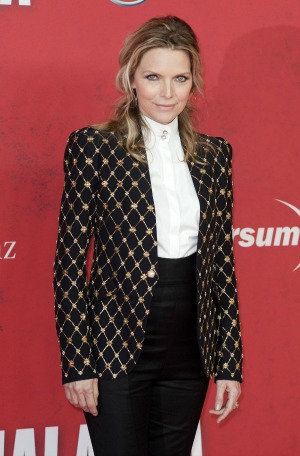 Michelle Pfeiffer has enjoyed career success and longevity in the acting world, but her life was not always as glamorous.

In fact, the Dark Shadows actress recently revealed she was part of a very dangerous cult that believed humans can live without food and water.

As a broke, young actress in Hollywood, Pfeiffer was in search of guidance and found herself involved with a controlling couple.

The couple begun to brainwash Pfeiffer into believing she did not need to eat and drink to live — because they believed she could get all the nutrients she needed from the sun alone!

This strange practice was called breatharianism, and the practice would have ultimately led to the 55-year-old actress’ demise, if she had not met her first husband Peter Horton.

Horton had been researching for his role in the 1979 film Moonies, a notorious religious cult led by Rev Moon Sun-Myung’s Unification Church in South Korea in 1954. It was only when Pfeiffer helped Horton with his research that she saw the similarities and it dawned upon her that she, too, was in a type of cult.

Revealing to The Sunday Telegraph‘s Stella magazine, Pfeiffer said, “We were talking with an ex-Moonie and he was describing the psychological manipulation and I just clicked.”

Pfeiffer went on to explain the cult’s practices and beliefs and how the couple in charge acted almost as personal trainers.

“They worked with weights and put people on diets. Their thing was vegetarianism.”

“They were very controlling. I wasn’t living with them, but I was there a lot and they were always telling me I needed to come more. I had to pay for all the time I was there, so it was financially very draining. They believed that people in their highest state were breatharian.”

Scary stuff, but one thing that is less scary in Pfeiffer’s life is her beauty regime, and the actress admitted to finding the aging process difficult.

Pfeiffer revealed, “The loss of youth, the loss of beauty — it plays havoc with your psyche. I used to think I would never have surgery, but I’m in the “never say never” camp now.”