Justin Bieber has been known for his childish antics in public, but it looks like he made an adult move by visiting a Brazilian brothel on Friday. 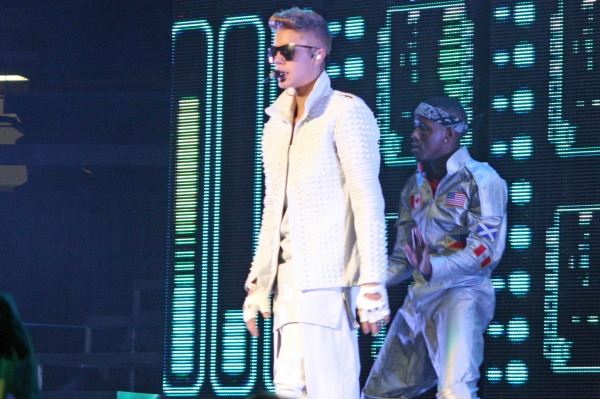 It looks like Justin Bieber is all grown up. Some of his fans are not going to be happy about the rumors that are floating around right now either. According to a Page Six report, the pop star was caught leaving a widely known brothel in Brazil on Friday.

The gossip column has exclusive photos of a man with a bed sheet over his head exiting the famous Centaurus lounge. While you cannot see Bieber’s face in the photos, he was identified by his gray wrist tattoo and his signature footwear. Members of the press also recognized the bodyguards who travel with the 19-year-old singer.

He supposedly left the club with two women after spending about three hours at the adult venue. His security team took the ladies back to the teen star’s hotel.

EGO, a Brazilian news site, also claims the musician and his entourage were kicked out of the Copacabana Palace hotel for creating too much noise from partying and doing drugs. However, other sources said the move from the hotel to a private rented residence were due to “security issues” from the hordes of fans camped outside the Copacabana.

While Bieber’s reps declined any comment on the incident to Page Six, Bieber did tweet out, “Please stop believing rumors, they are just that. bs rumors, getting tired of it, no truth to them. moving on now. seriously moving on.” That tweet has since been deleted.

This is the second report of Bieber engaging in salacious behavior while on the South American leg of his tour. A Panamanian paper, Cronicas, reported that the “Love Me” singer hired a prostitute for $500 after meeting at a bar in Panama City. They allegedly smoked weed and had sex before she was returned back to the club to see her friends.

These are pretty hefty allegations for such a young star. While it probably wouldn’t be a big deal if he was a bit older, Bieber still has many underage fans who look up to him.