Niall Horan and Katy Perry continue their love affair and tell the world they have taken their relationship to the next level — with an engagement in Tokyo. 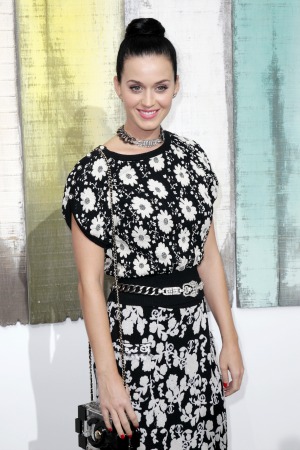 One Direction star Niall Horan has made no secret of his love for Katy Perry and she is in part responsible for his musical success.

The “Roar” hitmaker gave Horan his big break when she appeared as a guest judge on The X Factor back in 2010 and it was her vote that ensured the Irish heartthrob was able to progress to the boot camp stage of the competition.

Following the beauty’s live performance last month on The X Factor, she revealed to show host, Dermot O’Leary that she would love to return to the judging panel.

Perry said, “Oh, my goodness, I would love to give constructive criticism… I like that I let Niall through.”

Since this mention, the “Best Song Ever” singer sparked a new wave of love in Perry’s direction.

First, Horan went on Twitter to jokingly confess his love, tweeting, “I love you @katyperry ! Thank you! Ps . Will u marry me?”

However, the joke has continued and the pair are even pretending they have now gotten engaged! Horan posted a picture of himself and the “Teenage Dream” hitmaker on his Instagram with the caption, “She said yes ! It’s happening! Haha (sic).”

The pair met up in Tokyo, as One Direction is performing in Japan as part of their Take Me Home world tour and Miss Perry is promoting her latest hit single “Roar.”

We all know Perry did not actually say yes because she is very happy and in love with her beau, John Mayer, but it is always good to see celebrities taking some time from their busy work schedules to have a little fun.

And fun the pair have been having! They even shared a smooch at the MTV Video Music Awards in 2012 when Perry presented hit boy band One Direction with the Best Pop Video prize for their hit “What Makes You Beautiful.”

Horan jokingly revealed at the time, “It was amazing and very purple — she had purple lipstick on. I don’t think there will ever be anything cooler than kissing her… until I marry her, maybe.”

Oh, imagine if Horan and Perry did hook up…