Brody Jenner has been following in his father, Bruce Jenner’s footsteps, and has once again found himself single, following his recent breakup from his beautiful girlfriend Bryana Holly. 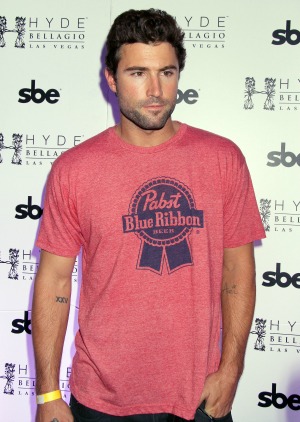 Poor Brody Jenner doesn’t have much luck in the love department and has once again found himself single and heartbroken, following his recent split from his girlfriend Bryana Holly.

The pair appeared to be very happy in the early stages of their relationship, but unfortunately for Jenner, his romance only lasted four months and he is now back in the dating market.

The news first broke that the pair were a couple when the Bromance star and his lovely blond TransWorld Surf’s Miss September 2012 girl where spotted in Malibu on July 6.

However, it is now all over and a source has confirmed to Us Weekly that the former couple’s once passionate romance “just fizzled” out.

A source told the MailOnline, “Brody and Bryana both partied at the Playboy Mansion to celebrate Halloween, something Bryana was really looking forward to, but the night ended really badly.”

“Straight away the next day both deleted each other off Instagram.”

“Bryana even went as far as deleting all the photographs with Brody, including their special trip to Hawaii.”

It is always sad to see celeb romances fail, but we are noting a pattern with former The Hills star’s breakups and choice of girlfriends — Brody likes them blond!

The television personality has previously dated rocker Avril Lavigne, as well as his The Hills co-stars, both blond beauties, Lauren Conrad and Kristin Cavallari.

Brody is not the only Jenner to find himself newly single, as his father Bruce also recently confirmed a split from his wife of 22 years.

Bruce Jenner and the Kardashian matriarch still appear to be on good terms and previously issued a statement which read, “We are living separately and we are much happier this way.”

“But we will always have much love and respect for each other. Even though we are separated, we will always remain best friends and, as always, our family will remain our number one priority.”

It has been reported that Brody never liked Kris, so at least he is happy to see the back of one woman in his life.