Allison Winn Scotch recently joined the SheKnows Book Lounge to talk about her new book, the role of destiny and how it felt to self-publish The Theory of Opposites. 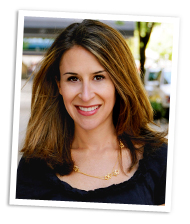 Allison Winn Scotch recently joined the SheKnows Book Lounge to talk about her new book, the role of destiny and how it felt to self-publish The Theory of Opposites.

SheKnows: You are one of our favorite authors to follow on social media; can you give us the Twitter-length pitch for The Theory of Opposites?

Allison Winn Scotch: What happens when one woman’s life spins out of control and she challenges her long-held notion that meant-to-be is really meant to be. Funny! Hilarious! Thought-provoking!

AWS: Hee. Willa Chandler-Golden, my heroine, has grown up under the shadow of her famous father’s scientific proof that everything happens for a reason. When her life falls apart — like, her husband proposes a two-month break, she loses her job and her pubescent nephew moves in — she’s forced to reexamine her upbringing and beliefs and responsibility in her own happiness. There’s also a famous yogi brother and a Xanax-riddled sister, and a reality show called Dare You!, which I made up entirely, but that I could totally see being successful on today’s airwaves.

SK: How did you happen upon the destiny versus making your own fate storyline? Where do you come down on the issue personally? 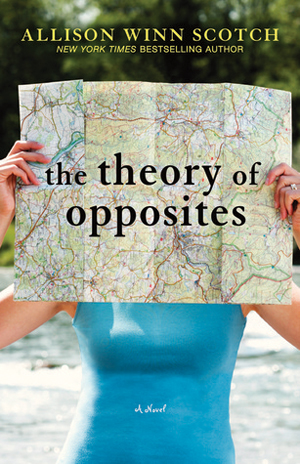 AWS: I started this book a long time ago, and the honest answer is that I can’t remember the exact light bulb moment that sent me down this rabbit hole. But I have spent a lot of time considering the notions of fate and destiny, and that I’m writing about them now isn’t that surprising to me. I have friends who have suffered great tragedies, and you can’t help but think, “Oh, if the timing had been different or if they hadn’t been there when…” or whatever. Or thinking about the randomness of how I met my husband (at the gym) or even the timing of how your children are created. I ponder these ideas quite often. The world is such a question mark, and that is both thrilling… and terrifying. The notion that it really isn’t all within our control. I think that I come down somewhere in the middle — I can’t believe that everything is meant to be, because I really do believe that the choices we make matter. But I also know that some things just happen: happy accidents and not-so-happy accidents. I guess those are part of the mystery of life.

SK: You had stopped writing for a while after finishing The Song Remains the Same. What brought you back to it?

AWS: Honestly, it was this book. I had started it before Song came out or right around when it did. It was fun and playful and light and all of the things I wanted a new novel to be. My publishing experience with Song was really discouraging, for too many insidery reasons to totally get into (not because I don’t want to talk about them but because this Q/A would turn very “inside-baseball” and readers’ eyes would glaze over), and I emerged from the experience wondering how much I needed writing in my life. I stepped back and spent time with my kids, moved the family across the country, took some much-needed time to myself. And though I still wasn’t sure whether or not I wanted to publish again, I slowly began to crave the process of writing again. I opened up the document that I had started many months back and fell in love with the characters, with their story. I vowed — both publicly and privately — that I was going to write this book for me. Not for editors, not for publishers, not for a marketing team. Me. I didn’t stop until I finished, and I sat back and I loved it. The experience — choosing something for myself rather than anyone else — was so unlike what I’d done over the past few previous years. It was so nourishing, and honestly, it brought the writing in me back to life.

Red Hot Book of the Week: The Song Remains the Same by Allison Winn Scotch >>

SK: For The Theory of Opposites, you decided to self-publish instead of going the traditional route as you did with your first four novels. What was that experience like?

AWS: Revolutionary. Quite simply. I have loved every second of it. The hardest part for me was taking the leap in deciding this was what I was going to do. It felt risky; it felt almost wild. But I have always been a leap-before-I-look type of person. Not always to my benefit. This time, it served me well. I have adored having control over every step of the process. Too often these days, writers complain (justifiably) of all the ways that their publisher is letting them down. No longer for me. I hired a top editor from a big-six house. I hired the jacket designer of my previous books. I brought in the publicist I wanted. I retained the printing firm I thought was best. From start to finish, this has been me. I made sure that the book matched up with my own expectations of what I’ve come to expect from my traditional publishers, but I didn’t have any of the anxiety and worry that comes along with surrendering your work over to a committee who are also juggling a million other books. Honestly, it’s been so tremendously gratifying. I can’t imagine doing it any other way again.

SK: So we hear that there is some movie news about The Theory of Opposites?

AWS: Yup! I’m so excited — Jennifer Garner picked it up for her production company! It is truly beyond thrilling. I’ve been such a fan of hers as an actress for years — I’ve long tweeted my fandom for Sydney Bristow. That she read the book and loved it was and is just… so cool. She was one of my first readers after I finished the manuscript, and her support has meant a lot.

SK: What books do you have on your nightstand now?

AWS:  I am obsessed with Unbroken by Laura Hillenbrand right now. I literally just got back into bed for an hour in the middle of the day to read. I’m also really looking forward to Kristina Riggle’s The Whole Golden World.