Jo Bros fans everywhere were crushed when the band canceled their tour and then confirmed their breakup. But the fans will have one last piece of the Jonas Brothers when the band releases some of the music they recorded before their split.

Related story Priyanka Chopra & Nick Jonas Give a Long-Awaited Update On Their Daughter: ‘Our Little Girl Is Finally Home’ 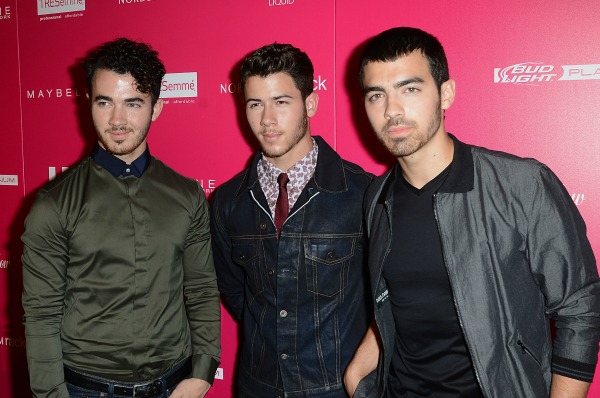 Heartbroken Jonas Brothers fans will get one last thing to remember their favorite band by. The Jonas Brothers announced last week they had indeed broken up, leaving their teen (and, let’s face it, grown-up) fans grieving.

The band had been working on the album V, and they announced they would be releasing some of the music intended for the album, even though there would be no tour and no more band. According to MTV, the new music will include four new studio tracks meant for V and 10 live tracks performed during their summer tour. The songs will only be released digitally and only to Team Jonas club members.

“We hope you enjoy this album as much as we’ve enjoyed performing for you over the last 10 years,” the brothers told MTV. “It has been an amazing experience.”

The brothers said their fans will “always be the best fans in the world” and wanted to share this last album with them.

“We would like to say THANK YOU to everyone who has supported and inspired us through the years, and stood by us in this difficult decision,” they explained. “We feel and appreciate your love.”

Even though the band deleted their Twitter page, the brothers separately tweeted hints at the possible breakup.

The Jonas Brothers’ canceled tour could cost them millions >>

The Jonas Brothers are no more, but each of the Jonas brothers is out doing his own thing. Kevin Jonas is expecting his first child and is working on starting his own entertainment company, and Nick Jonas will be starring in the new movie Careful What You Wish For. The latter brother recently avoided tragedy by flying into LAX just minutes after the shooting that occurred there. He tweeted about it on Friday.

There is no word on when the new music will be out, but you can be sure Jo Bros fans everywhere are waiting anxiously.