It looks like Miley Cyrus has already moved on from her recent breakup. She was reportedly seen out on Halloween night getting very close to Good Charlotte guitarist Benji Madden. 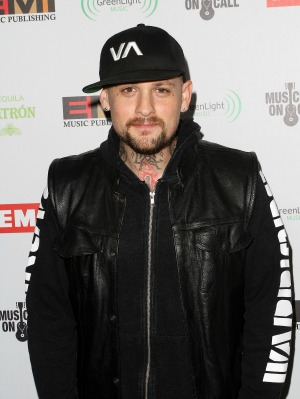 Miley Cyrus may very well be rebounding, but she is making sure to do it in style.

The singer and her fiancé, Liam Hemsworth, split just a few months ago — but it looks like Cyrus is already back in the game. She was seen out on Halloween apparently making out with none other than Benji Madden.

Madden is the guitarist and backup singer for the band Good Charlotte and an ex-boyfriend of Paris Hilton. His twin brother, Joel Madden, is also the husband and baby daddy of Hilton’s onetime BFF Nicole Richie.

On Halloween night, Cyrus was having a girl’s night out with a big group of her friends at Hollywood club Bootsy Bellows, according to E! News. When the gaggle of girlfriends arrived, they met up with Kelly Osbourne and her fiancé, Matthew Mosshart.

“They were dancing and just really getting into the spirit of things,” a source told E! News. “Kelly didn’t stay very long and so after catching up with Miley she left.”

Benji Madden joined the group, and it was apparently the first time he’d ever met Cyrus. The source said the two “hit it off,” and she was reportedly seen leaving with him, purple wig and all. The “Wrecking Ball” singer dressed up as a very sexy Lil’ Kim and tweeted about it.

Cyrus has been single for nearly two months, and Hemsworth has quickly moved on. He reportedly wasn’t happy with her new direction in life, but sources say it was her decision to end the relationship. Since the split, she has been focusing on her music, and before the night out with Madden, she said the only boyfriend she needed was her music.

Miley Cyrus lands another No. 1 album with Bangerz >>

“I need to treat my music like a relationship — give it my time and all the attention it deserves — and that’s my main love right now,” Cyrus said. “This is the best time of my life. I’m not going to look back on it and be like, ‘I wish I hadn’t been dwelling over a breakup,’ you know? Because that’s not what God wants my life to be about right now.”

Cyrus is proving she is ready to move on and be who she wants to be.