Twitter has allowed people to react to tragedies while they are happening, and celebrities are no different. They tweeted the LAX tragedy in real time. 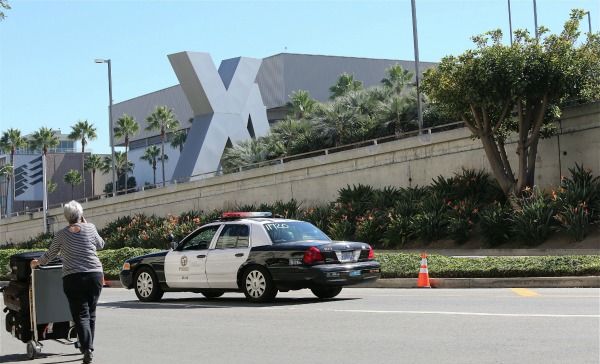 Hundreds of people were evacuated from Terminal 3 at Los Angeles International Airport on Friday after a gunman opened fire. Even more were stranded while a ground stop was implemented at LAX. Therefore, it’s easy to understand that with the frequency that celebrities fly in and out of the airport, some of them would be affected by the tragedy. Many of them tweeted from the scene.

Boston Marathon bombings: How to talk to your kids about tragedy >>

The actor also Instagrammed a video saying, “#lax – WE’RE OUT! – everyone was calm.”

Nick Jonas, formerly of The Jonas Brothers, tweeted for the first time since the band officially announced their breakup. His tweets said he was still safe on a plane when the shooting occurred.

How I Met Your Mother co-creator Craig Thomas was in Terminal 3 when the shooting occurred.

He then began to talk about gun control and started a Twitter conversation with both pro-gun and anti-gun supporters. But in the end, he was just thankful he was safe and was looking forward to seeing his family.

Tim Daly, star of the ’90s show Wings as well as Private Practice, tweeted from the scene.

He told Extra, “I heard a loud bang and then heard maybe a dozen or more. Luckily there were no stray bullets going through the wall I was leaning against.”

“I saw an assault rifle… and three clips and some blood,” Daly added. “I’m ultimately really glad I did not see what happened and I was out of harm’s way.”

This isn’t the first time celebs have taken to social media to talk about tragedy, and it certainly won’t be the last.

One person was killed in the shooting, and others were injured. Police say they have the shooter in custody.