Tom Hiddleston is such a sweetheart. The actor recently made a group of kids’ wildest dreams come true with a visit from Loki himself. 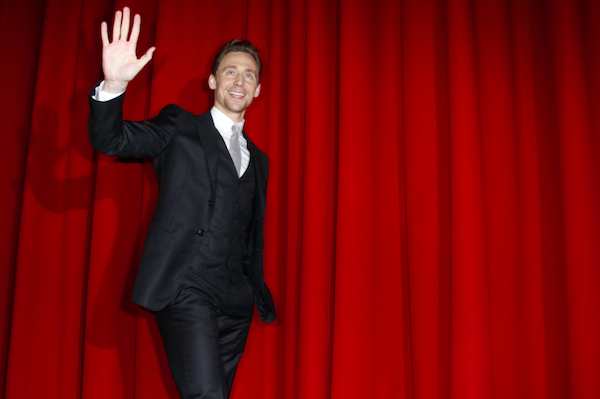 Tom Hiddleston is nothing like the character he plays in Thor: The Dark World. Yet his role as Loki, the god of mischief, has given him a huge fan following. Despite the villain’s evildoing, Hiddleston remains a gentle soul. Just a week before the sequel’s big opening, he took time out of his schedule to surprise some lucky children.

According to the New York Daily News, Hiddleston made an appearance at a Times Square movie theater in New York City. He introduced a special Halloween screening of Thor: The Dark World to a crowd filled with anxious youngsters.

Hiddleston flew from the U.K. to make it to the charitable event.

“For charities like Variety of New York and Children’s Aid Society and UNICEF, who I have done some work for, I believe so strongly in their work,” he said. “There are armies of people behind the scenes who do tireless work on behalf of children all over the world. So it’s nothing for me to turn up and introduce a screening for them. I hope it’s a nice reward.”

When he showed up, he showed out. Hiddleston uttered the famous words his character is known for.

“I am Loki, and I am filled with glorious purpose.”

Chilling, isn’t it? Just imagine if you were a 12-year-old hearing that and seeing him in the flesh.

He said, “To see that enthusiasm, to see them clap and cheer, wearing Loki T-shirts and swinging hammers, that was really gratifying.”