This highly anticipated sequel to 2011’s Thor definitely lives up to the hype. Read on to find out a few important details Thor fans need to know, like if there are any extra scenes after the credits. 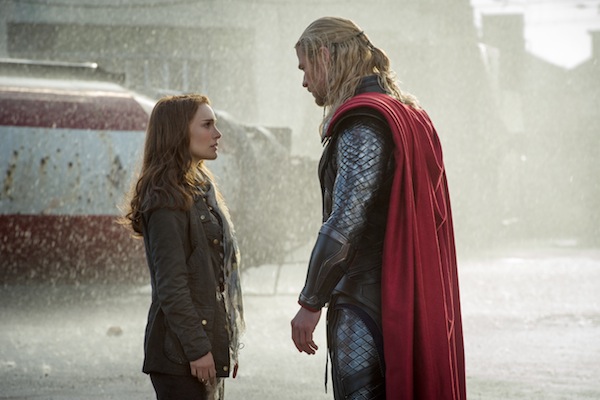 Director Alan Taylor is best known for directing episodes of Game of Thrones, so he was the perfect choice to direct this fantasy/thriller that delves into the nine realms of Norse mythology.

Though Taylor didn’t grow up addicted to comic books, he said, “I’d come to love having one foot in reality and one foot in fantasy. Thor is a unique superhero in that he carries so much weight of history and carries a mythology.”

More Thor: Of the nine realms in Norse mythology, Asgard is the home of the gods and is depicted at the top of Yggdrasil — an immense ash tree that is central to Norse cosmology. Earth, known as Midgard, sits in the middle of the tree. Muspelheim sits at the bottom of the tree and is the home of the fire demons. 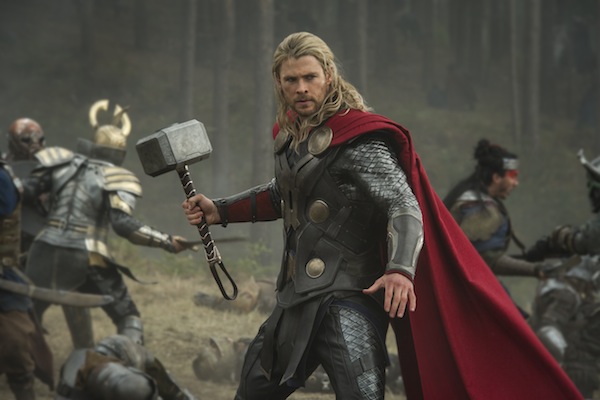 The god of thunder is known for his mighty weapon — a hammer called Mjölnir. The filmmakers decided that this particular prop would be 10 percent larger than the one in 2011’s Thor. Why the increase in size? Probably to emphasize its powers. About 30 hammers were created by the prop department of various weights and sizes, but they used about five of them most.

The prop makers were careful not to make the weapon look too perfect or otherworldly. Chris Hemsworth said, “The hammer has been taken and roughed up and beaten a bit and scratched, so it looks like it has been through thousands of years of war and battle and it’s not straight off the rack.”

More Thor: Thor’s hammer has an inscription written in Norse runes that says, “Whosoever holds this hammer, if he be worthy, shall possess the power of Thor.” 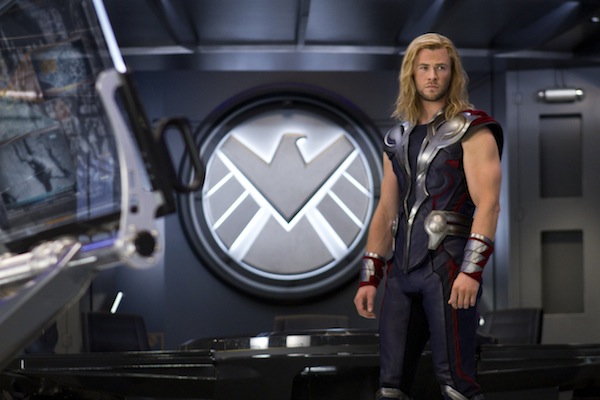 The English word Thursday translates from Old Norse to literally mean Thor’s day. In Norse mythology, Thor is the son of the all-powerful god Odin and is primarily known for being the god of thunder, storms, lightning, strength and fertility. Throughout history, Thor was depicted as having red hair and a red beard, but in the Marvel comics, he’s depicted as blond. Chris Hemsworth can really rock the long blond locks.

More Thor: Chris Hemsworth worked out so much during shooting that his muscle tone would change on a daily basis. By the end, Thor’s costumers had created 25 sets of armor and over 30 capes. 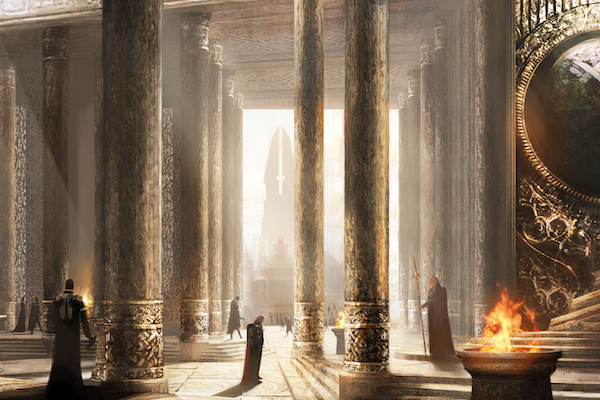 Staying through the end credits is a must for this movie. After the main credits is a teaser scene that sets up Thor 3, featuring Benicio Del Toro. The full credits then roll and after that is another short scene that we won’t spoil for you. Let’s just say you’ll be happy you stayed!

More Thor: The scenes at Jane Foster’s home are decorated with photos of a young Natalie Portman, provided by Portman’s mother who keeps a binder of photos of Natalie at different ages for occasions just like this. 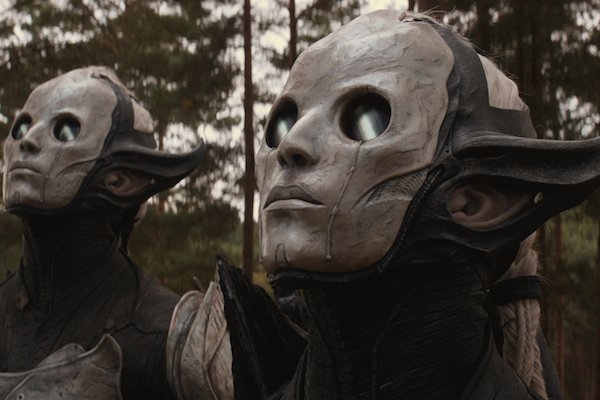 That’s right, this superhero flick has a sense of humor and enjoys several lighter moments as it makes fun of itself. Don’t worry, though, there’s plenty of action, thrills and highly emotional events. At the core of this story is a dysfunctional family dealing with a demanding father, Odin (Anthony Hopkins), an over-protective mother, Frigga (Rene Russo) and the black sheep of the family, Loki (Tom Hiddleston), who can never live up to his brother, Thor.

More Thor: The scenes set in exotic fields of volcanic ash that stood in for the dark world were shot in Iceland, often causing the cast and crew to drive hours to get to the set.

Run time for the movie is one hour, 52 minutes. Have a small bladder? There’s an app for that! Click here to check out the RunPee app that tells you the best times to pee during a movie.