After her husband Lamar Odom was spotted partying hard earlier this week, Khloé Kardashian posted some very telling tweets. Her messages are believed to mean she is “letting go” of her man. 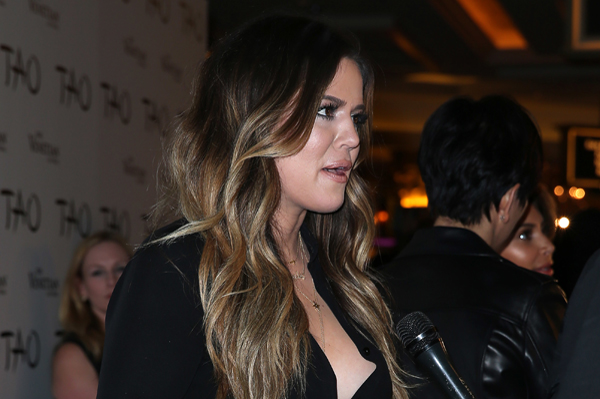 Not long after he was seen attending Kanye West’s concert with Khloé Kardashian and her clan while making nice, Lamar Odom reportedly got wasted while out with friends.

Several eyewitnesses reveal that Odom went into Beacher’s Madhouse with a few pals on Wednesday night and headed straight for the bar. Fellow bar attendees told TMZ that Odom was “hammered” from tequila shots and endless glasses of champagne. He apparently partied until the place closed up at 2 a.m.

Upon learning of the drunken news, Kardashian took to twitter and cryptically spilled her feelings about her estranged husband’s lingering issues. “Act as if you trust people… But know you can only trust yourself. I control my destiny,” she wrote.

Then, a while later she posted another message that read: “Delusions make me dizzy.” Followed by: “Scary when people believe their own lies.”

Khloé also posted a message on Instagram — a quote said to be from Buddha — that allegedly addressed how Odom’s drinking and overall problems have affected her.

“In the end, only three things matter: How much you loved, how gently you lived and how gracefully you let go of things not meant for you,” she wrote.

Lamar claimed to be clean for weeks and assured his family he quit drinking. The Kardashian clan was all for his ongoing efforts to get better, which was the reason they invited him to Kanye’s show. During the concert Odom was seen talking to Khloé and also high-fived Kim as they danced together for a few minutes.

The Kardashians reportedly all enjoyed expensive champagne from their VIP seating section, although no one saw Odom sipping any of the alcoholic bubbly.

Apparently all that changed on Wednesday night, after Odom’s long, booze-fueled night.