Did he or didn’t he? Katy Perry claims Mick Jagger hit on her in 2004. He refutes her story. It’s a story of he said, she said. 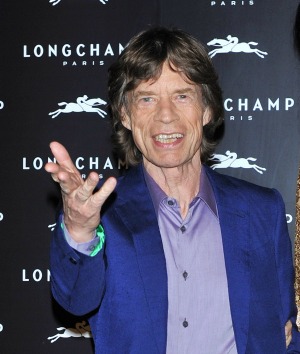 Oh, what a tangled web Katy Perry weaves! Earlier this week, the pop star was on an Australian radio station. During the interview, she claimed that Mick Jagger hit on her while she was only 18 years old.

Back in 2004, Perry sang backing vocals on the Rolling Stones front man’s song “Old Habits Die Hard.” She alleges that during a dinner with the singer, “he hit on me when I was 18.” At the time, Jagger was 61 years old and dating longtime girlfriend L’Wren Scott.

The radio hosts from Down Under asked the “Firework” singer, “How did you turn him down? How do you turn down a legend like Mick Jagger?”

Perry explained, “Well you bring a friend and then they do them! You sacrifice your friend!”

So not only did John Mayer’s girlfriend accuse Jagger of hitting on a young girl, she also implicates him of cheating on Scott.

On Thursday, a representative for the legendary rocker decided to tell his side of the story.

According to his rep, the now 70-year-old star “categorically denies that he has ever made a pass at Katy Perry. Perhaps she is confusing him with someone else.”

Even though the 29-year-old musician threw Jagger under the bus, she did have a few nice things to say about the “Satisfaction” singer.

“That was a long time ago, and he’s been very kind,” she said.