PBS has released an early trailer for the upcoming season of Downton Abbey, but we also have an extra trailer to get a better sense of what’s to come on the dramatic historical series. 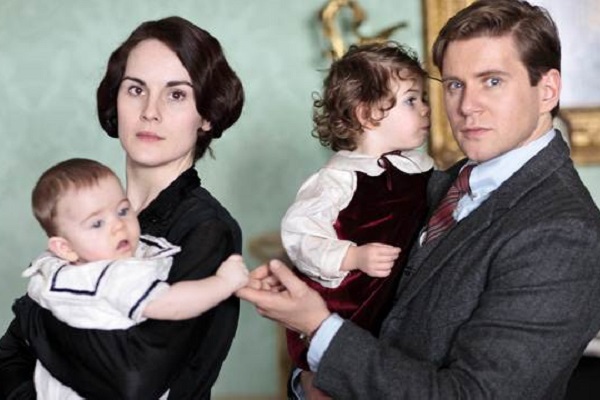 Let’s face it — it’s been pretty darn difficult to prepare for Downton Abbey‘s Season 4 without encountering spoilers. The wonders of the Internet make it nearly impossible to avoid them when the series is well into its season in the U.K.

PBS has released an early trailer for Season 4, and ITV released a trailer before Downton Abbey‘s Season 4 aired in the U.K. For now, we’ll see what information we can glean from them. The two trailers are similar, but the ITV version runs for an extra 30 seconds, providing a lot more information. What a difference a trailer makes!

As expected, Mary (Michelle Dockery) seems to be having problems dealing with the death of her beloved husband, Matthew (Dan Stevens). Edith (Laura Carmichael) is having a difficult time staying away — from her boss at the paper, Mr. Gregson (Charles Edwards). They did hit it off rather well last season, and his wife was in name only thanks to the ravages of disease. There is also the briefest flash of Rose (Lily James) dancing with a black man, which will likely get her into the kind of trouble we love to watch on Downton Abbey.

Do you want to dress like one of the Downton Abbey ladies? Maybe you can >>

All in all, the PBS trailer featured a lot of consternation and fierce looks. Anna (Joanne Froggatt) was talking sternly to Lady Mary, Mr. Carson (Jim Carter) looked upset and Daisy (Sophie McShera) was lurking around a corner.

By contrast, look at all the smiling faces and joy featured in the ITV trailer. Violet, the Dowager Countess of Grantham (Maggie Smith), still tells Mary to choose between death and life — and this time, Mary seems to agree to choose life. Here, not only is Rose dancing, but there is a brief shot of Daisy dancing in the kitchen, as well. Could she finally find real love?

There is much more kissing, especially among people who don’t even look familiar. New characters! There is at least one fight scene where a poor chap finds himself hitting the ground with a thud of his head. From the flashes, it might be possible that Tom (Allen Leech) is bending the rules again by falling for a maid within the house, which certainly wouldn’t befit his new status.

The flinching is seen when Anna walks by Bates (Brendan Coyle). They are at the heart of a massive story this coming season. If you want no spoilers about it, do absolutely no searching about Downton Abbey‘s Season 4 on the Internet.

Isobel (Penelope Wilton) is featured in the trailer at least twice, and the most poignant moment occurs when she is seated next to Tom at the dinner table and he reaches over to comfort her. They have all lost so much.

The only thing that is certain is that PBS looks at Downton Abbey with a flair for the dramatic while ITV sees a brighter side. Watching both trailers, the one that leaves you with a feeling of hope is the one released by ITV.

What do you expect to see on Downton Abbey‘s Season 4 — sadness and reflection or fulfillment and hope?