Orlando Bloom appeared on Katie Couric’s show on Friday and talked about his breakup with wife Miranda Kerr. The actor claimed they still love each other and will be part of each other’s lives forever. 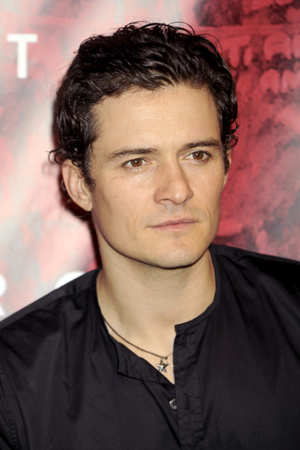 So far, Orlando Bloom and Miranda Kerr seem to be having the most amicable celebrity split yet. The British actor made an appearance on Katie! and said he and Kerr would stay part of each other’s lives forever and always be parents to their son together.

After six years together — and married for three — Bloom and Kerr decided to end their relationship, at least their romantic one. The pair will remain close and will still care about one another.

“We love each other. We’re a family,” Bloom told Couric. “We’re going to be in each other’s lives for the rest of our lives. There’s no question that for the sake of our son and everything else, we’re going to support one another and love each other as parents to Flynn.”

Shortly after announcing their split, Bloom and Kerr were spotted together going for a stroll in New York City with little Flynn. The three appeared like a happy family, showing no signs of being separated.

“Life sometimes doesn’t work out exactly as we plan or hope for,” continued Bloom. “But we’re adults. I’m 36 and now she’s 30. We’re professionals. We love and care about each other. Most of all, we love our son.”

Bloom is currently starring in Broadway’s Romeo and Juliet, playing Romeo to Condola Rashad’s Juliet. On the same day last week the Pirates of the Caribbean star and his supermodel wife announced their split news, Bloom appeared on Live with Kelly and Michael and gushed about the chemistry he had with Rashad in the play.

Fondly speaking about his co-star, Bloom described his long kissing scenes and said that “it just goes on.” Rashad in turn also admitted to the strong chemistry with Bloom. “We had a connection from the minute we met… a sense of comfort with each other. Which was cool,” she said.

Bloom and Kerr started dating in 2007 and got married in 2010. While they announced their split last week, the couple said they had actually been “separated for months.”