Gwyneth Paltrow has been in the public eye her whole life, and isn’t letting it bother her any more. She stands up to the haters, and says she isn’t going to take it. 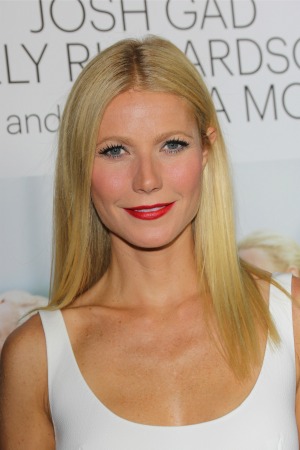 Gwyneth Paltrow is a loving mother and rock-star wife, and she doesn’t give a bleep how you feel. In a recent interview the actress gave with the British magazine Red, Paltrow explained she gave up caring about people’s opinions, and proved that she really doesn’t bleepin’ care.

“This is the thing, it’s like the older I get I realize it doesn’t matter what people who don’t know you think. It doesn’t matter,” she said, according to USA Today. “You’re wasting your energy. It’s like, if your partner comes to you — or your best friend — and says, ‘Listen, I want to talk about something you did that hurt me, or I think you could improve,’ sit down and listen to what they have to say. But some friend of so-and–so’s — it’s like, who gives a [bleep]?”

Paltrow not only receives criticism from her fans (and non-fans) but she also hears from fans of her husband, Coldplay‘s Chris Martin.

The actress explained that since they started having children, she’s been hearing from mommies all over the world who watch her every move.

“Nobody else can tell [a woman] how many hours a week she needs to devote to this, that or the other,” Paltrow ranted. “F*** what anybody else says. It doesn’t matter what anyone else thinks. That’s what we’ve got to let go of. That idea of ‘Oh God, if I don’t show up to this concert, all the other mums are going to think I’m terrible.’ Well, so [bleeping] what.”

Paltrow is working to instill those thoughts into her children, because they’re growing up famous, whether they know it or not.

Vanity Fair recently hated on Paltrow about a possible affair. She also received criticism earlier this year for the diet she has introduced to her children. It looks like all that criticism finally got to her.

“Obviously, I have [gossip] on a very large, global scale,” she said. “I don’t have it in the village gossip way; but it’s the same thing. That’s why I really don’t read anything. Because if it’s important, it filters down to me.”