Ne-Yo may be a Grammy Award-winning singer and have a lot of money in the bank, but one thing he hasn’t learned is how to part with it. 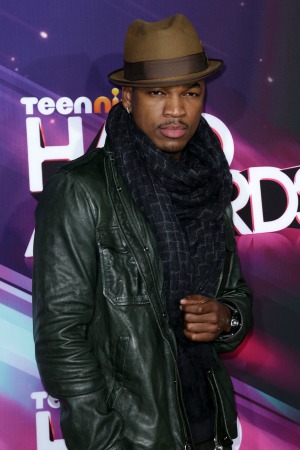 If you are a big R&B singer, then food is free. Or so Ne-Yo thinks, because he recently left a New York restaurant without paying his bill.

The “Play Hard” hitmaker was enjoying a night in West Village with about 10 friends and his manager Jayvon Smith at the eatery Negril in October.

The party was having a good time and indulged in several plates of food and kept the drinks coming, which led to quite a sizable bill — which was left unpaid!

A source revealed to the New York Daily News Confidenti@l, “We had a Monday Night Football thing, the Giants were in, too, and Ne-Yo came in with [road manager] Jayvon Smith, a group of girls, some guys and a bodyguard.”

“He was ordering all this stuff and he kept asking people what they want, and kept the drinks coming.”

Ne-Yo is certainly not strapped for cash and reportedly enjoyed several drinks, cocktails and Grey Goose screwdrivers. However, when it came time to pay the bill no one in the group seemed willing to offer up their cash.

The source added, “The waitress was really sweet, she even helped his bodyguard, who sat at the bar while the group ate.”

“The waitress was so upset. She looked like she was working so hard.”

No doubt the poor girl was upset because not only did she miss out on a tip from the hefty $800 bill, she was also left responsible for it not being paid.

Perhaps the alcohol had been flowing too freely and there was confusion amongst the group as to who would foot the bill. Regardless, it reportedly remains unpaid.

Was this incident all just confusion and an honest mistake on the “Let Me Love You” singer’s part? Or is Ne-Yo just a cheapskate?