Awesome Aussie DJ Havana Brown has a new album on the way, but she’s still working hard to deliver new music and remixes to clubs all across the world. SheKnows recently caught up with her to find out what’s ahead. 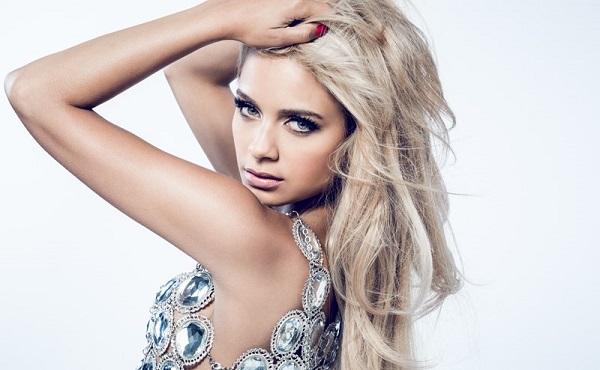 Havana Brown is a new kind of triple threat. She can sing, dance and DJ. As a matter of fact, the young, hot performer actually first came to Australian’s attention for her awesome DJ sets and Crave compilations full of remixes. From those early days of hopping all over Australia to set up shop at clubs for the weekend, she went on to tour with performers such as Rihanna, The Pussycat Dolls and Pitbull.

Listen up! Lorde is unlike anything you’ve heard before >>

It’s her time spent with Pitbull that proved to be the most rewarding for her. A collaboration with the Miami rapper found its way onto American charts. She’s been there ever since, with her latest single, “Flashing Lights” reaching No. 1 on the Billboard charts recently, too. So, what’s next? She’s living in L.A. and working on her next album, to be released in early 2014, and it sounds like a record you won’t want to miss.

“It’ll always have the club element in it but mixed in with pop music and great melody,” she told us. “But, when I say ‘club,’ that doesn’t mean necessarily EDM or dance. Obviously, it’ll have some of that in there. It could be anything from hip-hop to R&B club to pop club. I’m always going to be very influenced by club sounds and I love the dirty beat. So, there’s absolutely going to be a lot of that in there…. All of my music is made to put you in a good mood or make you move.”

INTERVIEW: SheKnows chats with Kimberly Cole about music and Drake >>

Nearly all the songs on her new album have been written by Brown, too. Her new crossover into writing and performing her own music isn’t a sign that she’s left DJ’ing behind, though. It sounds like that’s a passion she’ll never give up and refuses to completely sideline while working on her own recording career.

“That’s what I do all the time, actually. Every weekend, I’m touring and I’m DJ’ing. That’s what I started out doing. I’ve been DJ’ing for eight years.”

She has more dreams, too. Despite having traveled the world over to do DJ sets at clubs, she’s never had a chance to party in Italy or Hawaii, and she’d really like to.

“You know, I haven’t been able to make it out to Hawaii,” Brown said. “I am dying to get to Hawaii and perform out there sometime. And also for some unknown reason, I’ve toured all over Europe but for some reason I haven’t made it to Italy and that would be a great place to play. I think I’d love it there.”

We hope we get an invite to that night at the club!

Brown just wrapped shooting the video for her newest single “Warrior” and Flashing Lights is available for purchase on iTunes. Give it a virtual spin on Spotify and we’re sure you’ll want to buy Flashing Lights, When the Lights Go Out or her latest Crave Vol. 8 compilation and catch Brown at a club near you.

Favorite show she’s done: “It changes all the time… right now, I’m thinking of Paris and a show I did last year. It was unbelievable. The 43k people there and not a seat free, and everyone was in such a good mood.”

Favorite person to tour with: “Pitbull.”

What would she do with an hour off? “I’m watching TV” (She’s diggin’ American Horror Story these days.)

What would she do with an entire day off? “When I have a day off I love to veg out and really kind of live in someone else’s shoes for a day. And I love TV series. I love to get like a series and watch a whole entire season that day.”

Her drink of choice at the club: “Tequila and grapefruit juice with a salted rim.” 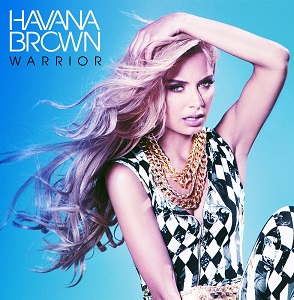