Tony Parker is having a baby with his fiancée Axelle Francine. The couple confirmed they are expecting a boy two years after the basketballer cheated on ex-wife Eva Longoria. 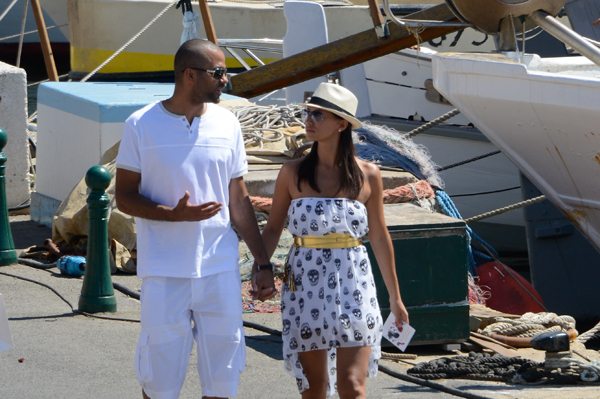 Three years after his split from Eva Longoria, Tony Parker is going to be a dad to his fiancée Axelle Francine’s baby. The pair announced on Thursday they’re expecting a baby boy.

Choosing Halloween as the day to break their happy news, Parker and Francine were excited to let everyone know they’re going to be parents. “Hey just wanted to say that I’m very happy today,” Parker wrote. “Me and my future Wife going to have a Baby Boy!!!!”

Parker and Francine have been dating since 2011 and got engaged sometime this year. The San Antonio Spurs player confirmed the engagement last June with a tweet revealing what he likes to do to unwind during a game. “Spend time with my fiancée,” he wrote as an answer to a fan’s question.

Famously married for three years to former Desperate Housewives star Eva Longoria, Parker ended that marriage when he was caught sexting with a former teammate’s wife. The two finalized their divorce in 2011, shortly before Parker began dating Francine.

However, she’s actually now rumored to be back with Cruz after the two were reportedly spotted “kissing” and acting like “lovebirds” in New York City on Oct. 26, according to a Us Weekly source.

This will be the first child for the French-born Parker and his French journalist fiancée Francine.

20 hrs ago
by Elisa Lewittes