Demi Moore and Ashton Kutcher have been involved in a two-year divorce battle over financial issues, but it appears the pair have come to a settlement. Could Ashton be headed down the aisle again? 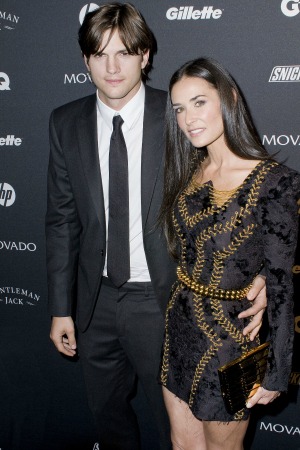 Demi Moore and Ashton Kutcher have been involved in lengthy divorce proceedings since their split in November 2011, but it appears the former couple may have finally come to an agreement.

It has been a two-year court battle and Moore has been very bitter toward her former husband since he broke her heart and destroyed their marriage.

A source revealed to the New York Post newspaper, “Ashton and Demi have finally signed their divorce agreement. They are about to file paperwork with the court that will formally end their marriage.”

Why has this been such a long and drawn out legal battle? Apparently, the 50-year-old actress planned to request spousal support from Kutcher, who is TV’s highest-paid actor since he joined the hit series Two and a Half Men in 2011.

Not only has Kutcher scored some of the hottest roles in showbiz, he is also a savvy businessman and has several profitable investments in a firm called Grade-A, which is reportedly worth a whopping $100 million — of which Kutcher reportedly owns 20 percent.

It had been reported that money issues were slowing the process down, because the “Ghost” actress believed she was entitled to half of what her former beau made while they were together.

Kutcher denied this and claimed his financial investments had been made after their split.

The source said, “There had been lengthy negotiations between lawyers for both sides about the financial settlement — in particular, how much he owed her from their marriage. They have finally come to an agreement that was acceptable to all sides.”

This marks the end of the Moore and Kutcher romance, which lasted eight years in total, including a six-year marriage.