Kim Kardashian is back and she is ready to silence her critics as she revealed on The Tonight Show With Jay Leno about her pregnancy, weight gain, engagement and other trials and tribulations. 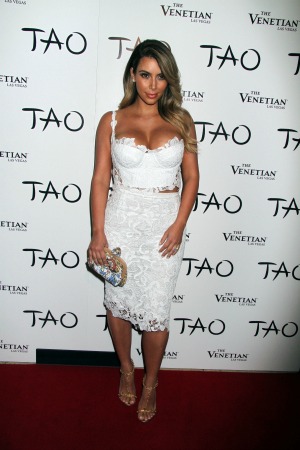 Kim Kardashian appeared on The Tonight Show With Jay Leno on Wednesday night to reveal the latest trials and tribulations in her life.

The reality TV star opened up on topics such as her engagement, her pregnancy and revealed why she has been out of the public eye for so long.

In an interview with Jay Leno, Kardashian revealed how the verbal abuse she took during her pregnancy was a key factor in changing her public persona.

She said, “It really hurt my soul. It changed how I am in the public a little bit… There were these stories where I was, like, 200 pounds. I was gaining weight because I was pregnant and it was really hard to read all these stories and hear all these nasty things.”

This news does not come as much of a surprise, as Kardashian’s pregnancy wardrobe and weight gain was the butt of many jokes.

Kardashian revealed her difficult pregnancy and the condition, preeclampsia, which she developed, saying, “I can honestly say it was the greatest challenge of my life.”

“That was a cause for a lot of the swelling and at the time I didn’t know what was going on. I got on the scale today and it said that I am 50 pounds down. That made me so excited.”

The star is looking great. Her Atkins diet has certainly worked, having already lost the weight that she gained while pregnant.

Kardashian denies that she was hiding from the media, but the time away from the public eye has helped her to regain her confidence and focus on those things in her life that she deems important.

“I just wanted to kinda adjust my life a little bit because why would I subject myself to so much negativity, especially now that I have a daughter?”

“I just didn’t need that energy, I’d rather be in a happy place at home… I’ve definitely tried to live more of a private life because of that, because they were so nasty. Why even go out as much just to put yourself in that position?”

There was speculation as to whether Kimye would ever marry, and the couple just recently got engaged on her 33rd birthday, after Kanye West hired out the AT&T Park baseball stadium in San Francisco to propose.

Sporting a massive 15-carat engagement bauble, Leno was interested in finding out when the big day would occur.

To which Kardashian responded, “Someplace Parisian.”

The Keeping Up With the Kardashian star added, “I don’t think we’ve even had the right time to sit down and talk about it.”

“I think I’m enjoying just being engaged and I think we’re gonna get through his tour and then really talk about when and where and all that… I got pregnant when we were in Italy. Maybe Italy? We haven’t even talked about it… Maybe I’ll pick the place and then he can plan it.”

One thing that Kim has decided on is that she will be taking the surname of her beau, Kanye West.

She confirmed on the show, saying, “I’m probably going to have Kardashian as my middle name and then West… My daughter has the last name West and we’re a family so I want [my last name] to definitely be West.”