Did Miley Cyrus hint at missing her long hair? The singer posted a photo on Twitter where she’s sporting a wig that makes her look like her former self. 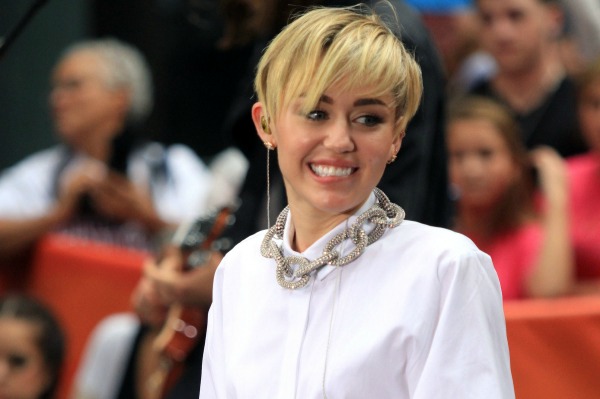 Just in time for Halloween, Miley Cyrus posted a photo on Twitter where she apparently sported a “costume” of her former Hannah Montana character.

Quite a few pounds lighter than her wholesome old self, Cyrus still looked very similar to her former Disney persona. Is she missing her old look? All she said along with the tweeted picture was “Wigzzzzzz.” The photo was apparently taken by her in what looked like to be a kitchen.

But the long hair is definitely temporary, as the “Wrecking Ball” singer posted another “hairdo” a bit later where she wore the same flannel shirt as in the previous snapshot, but had a purple wig on instead. The second photo was captioned with “Wigzzzzzz part 2.”

The 20-year-old singer initially cut all her hair off and bleached it platinum blonde back in August 2012, telling E! News that her fans “will never see me with long hair again.” Cyrus also told MTV that she cut her mane in order to forget her past and “be the bad b**** I am.”

Six months later, she changed her mind, claiming she wanted long hair again. She even admitted to Kelly Osbourne on Fashion Police that she was taking Viviscal, a hair-growth supplement. “I’m secretly tugging on it every night,” she revealed, adding that while she has short hair she’s “going to rock it.”

So, Cyrus is now modeling long wigs, possibly going against her word and bringing Hannah Montana back on Halloween this Thursday. The teen Disney star may not have been “murdered” after all.