Neil Patrick Harris is comfortable in his own skin, so coming out as a gay actor in Hollywood was a natural choice. His love for David Burtka also helped. 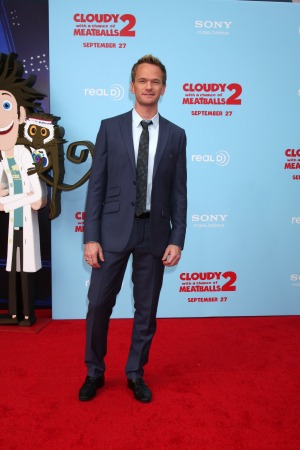 It’s been a while since Neil Patrick Harris came out as a gay man in Hollywood. In fact, it’s been seven years since he went public. However, he’s now talking about why he made the brave decision to tell the world.

In a recent interview with HuffPost Live, the 40-year-old actor shared that it was his relationship with fiancé David Burtka that sealed the deal.

Harris said, “For me, I fell in love with a dude and started spending all my time with him. And therefore, you don’t want to be suppressive of that. And so as I started working more frequently, with more eyes on us, I figured that that was inevitable and the opposite would be, again, suppressive.”

Bryan Cranston returns to How I Met Your Mother >>

At that point, the How I Met Your Mother star and Burtka had already been together for two years, so it was important for Harris to acknowledge his significant other.

The CBS star knows that it’s a little easier for celebs to come out as gay in 2013 as opposed to 2006 or even 1997 when Ellen DeGeneres came out to Time magazine.

“I think we live in a time now when people seem less concerned about who you’re f***ing, and more importantly who you fall in love with. It’s not quite such a freak show,” explained Harris.

Even though the father of two is comfortable with the public knowing about his private life, don’t look for him to out any other celebrities in Hollywood.

Harris said, “I don’t think doing it in an exploitative way makes sense. I just feel like that whole world is very personal. I think it’s not a good idea… Here’s a good analogy — if you’re going to jump into the pool and you’re not sure how to swim, it’s probably not so effective to just push someone into the pool… It’s probably not the best way.”

After Season 9 of his CBS sitcom wraps, Harris is headed to Broadway in the revival of Hedwig and the Angry Inch.