It wouldn’t be a Kanye West interview if he wasn’t name dropping, telling us how amazing he is and going off on confusing rants. When West sat down with Ryan Seacrest on Tuesday, he didn’t disappoint. Here are the top 10 “Whaaaaaa?” moments from that interview. 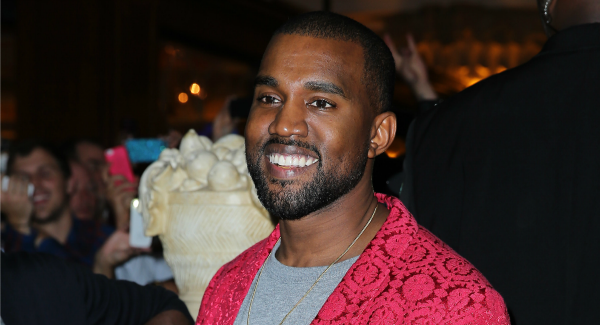 So, the things Kanye West makes are Gaudi-esque? Kanye West is like a world famous architect from the late 1800s whose works are still studied and revered? Huh. Good to know. I’m sure people will still be talking about Yeezus 130 years from now.

“So if you listen to My Beautiful Dark Twisted Fantasy, that’s the closest thing to a perfected album. So it’s like, I know how to make perfection, I just don’t want to. I want to rip the jeans!”

There’s that humble attitude that West is known for. Now we all know that if North West’s dad cranks out crap, it’s his choice — because he can make perfection — he chooses not to. “Rip the jeans” must be slang for “Piss people off every time I open my mouth.”

Now West thinks he’s Walt Disney. Delusion is a slippery slope, isn’t it folks? One minute you convince yourself you’re like a world famous architect and then you’re just a cocky declaration or two away from thinking you’re Walt Disney. We used to stuff people in padded rooms for saying this kind of stuff. Kanye, when you have a couple of theme parks named after you and you’ve made thousands of movies, let us know.

“It takes a lifetime really because you pull from your gut. I coined this term ’emotionalism’ and it’s if you’re about to die and your life flashed before your eyes, what would you see? And you pull from that.”

OK, we hate to beat the same drum here, Kanye, but you didn’t “coin the term ’emotionalism.'” It’s been around for a while now. You can’t go around claiming you invented words, unless you actually invented them. We’ll give you “Yeezus,” but “emotionalism” is taken. Sorry, dude.

“Meaning, like, there’s no way for it to not work. When we do T-shirts, we do $200,000 in five hours, it works, but it’s a wall… It’s the Michael Jackson glass ceiling when he couldn’t get his videos played because he was considered to be urban.”

When West tries to explain what he’s talking about, we get more confused. His T-shirt manufacturing company is encountering the same problems Michael Jackson did? Huh? This is just getting weird.

“It’s not fair that I don’t have infrastructure for what I want to do in clothing because I’m crazy influential.”

It’s not fair that West is crazy influential? What’s not fair is that we have to be subjected to Yeezus‘ Kanye-isms because he’s wormed his way into the spotlight. Remember, Kanye, just because you say it’s so, doesn’t make it so. (How many “Yeez” men has this guy surrounded himself with that have convinced him if he says something, it must be true?)

First, it’s not about being black, and then it is. Then it’s about “classism.” West has a new card in his deck to play, called the “class” card, even though he and his fiancée, Kim Kardashian, have more combined wealth than some small countries (although we all know wealth can’t buy you class — is that what he’s talking about?).

“Or like with the Hollywood Walk of Fame… it’s not the walk of singing… it’s the Walk of Fame… and classism has been going on before racism. We’re classist. We have our cool table… and there’s no way Kim Kardashian shouldn’t be on the cover of Vogue.”

“She’s like the most intriguing woman right now. She’s got Barbara Walters calling her like every day… and collectively we’re the most influential with clothing. No one is looking at what [President] Obama is wearing. Michelle Obama cannot Instagram a [bikini] pic like what my girl Instagrammed the other day.”

Did you see what happened there? In one stream of consciousness, West told us that Kardashian is the most intriguing woman right now (Lord, is our country in trouble if that’s true), he name-dropped Barbara Walters, and compared their popularity and fashion to the president and first lady. So far, West thinks he is Gaudi, Walt Disney and Michael Jackson and Barbara Walters is calling Kardashian every day. We want some of whatever West is drinking.

“Just drink! I’m sure I’m not supposed to say that, but I drink Grey Goose. And I’m not getting paid anything from them, but I’m going to tell you as a man — and they said Shakespeare was like a drunk and yes, I said that to blatantly compare myself to Shakespeare — you know, I’m not perfect.”

And there it is. The final piece of the puzzle falls into place, but not before West compares himself to William Shakespeare. (If you’re wondering what that noise is, it’s the sound of Will flopping around in his grave.) Before he wraps up, West reminds us that he’s not perfect, which we already figured out by the number of contradictions and confusing quotes in this interview. Pass the Grey Goose.