Keith Urban and Nicole Kidman’s careers may keep them apart, but they know the secret to keeping their relationship alive and that includes some steamy sexts. 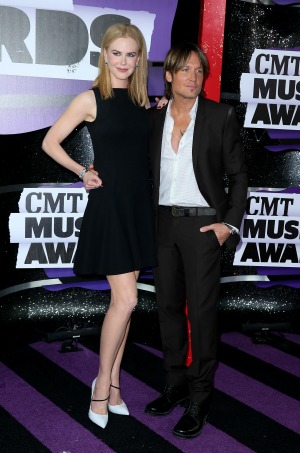 There is no denying that Keith Urban and Nicole Kidman are completely smitten with each other and do not like when they’re apart.

The couple tied the knot in 2006 and their relationship has been thriving ever since. However, their romance does occasionally need some spicing up when they are both on the road and the “Somebody Like You” singer has revealed their secrets to making their relationship work.

The American Idol judge is getting ready for another season of the show and has been touring the country for his music, while his wife is in London with their children to shoot her latest movie, the film adaptation of Paddington Bear.

The “Long Hot Summer” hitmaker appeared on The Ellen DeGeneres Show to reveal his marriage secrets and how they manage to find time for the family with such busy work schedules.

“I always structure my tours so that I’m never gone for weeks at a time. I’ll do three shows in a row. Be home for three or four days, go back and do three or four shows, and that works out good until Idol comes along and fills in those days in between.”

“And that is doable until then a film comes along and that shoots in London. And, we’re like, ‘OK, we’ll figure this out.’ So we just make it work.”

It may be tough being a part for such lengthy periods, but the couple are clearly dedicated to their relationship and intend to make the distance work. How do they do that?

Urban has revealed that he likes to hear his wife’s voice, so they “never text.”

“We never e-mail. Phone calls only. Which I really love… Maybe one text. Maybe one cool kind of, you know… that kind of text.”

DeGeneres knows how to get information out of her guests and she continued to cheekily pry, asking, “What kind of text? What do you mean?”

Kidman has also recently gushed about her beau, when she told Vanity Fair that he was her “true love.”

She said, “With no disrespect to what I had with Tom, I’ve met my great love now. And I really did not know if that was going to happen. I wanted it, but I didn’t want it for a while, because I didn’t want to jump from one relationship to another.”

“I had a lot of time alone, which was really, really good, because I was a child, really, when I got married [to Cruise]. And I needed to grow up.”