Danny Brown has been around since 2011, and since then he’s shown so much promise to heavyweights in the industry, that you probably should feel bad if you don’t know who he is. 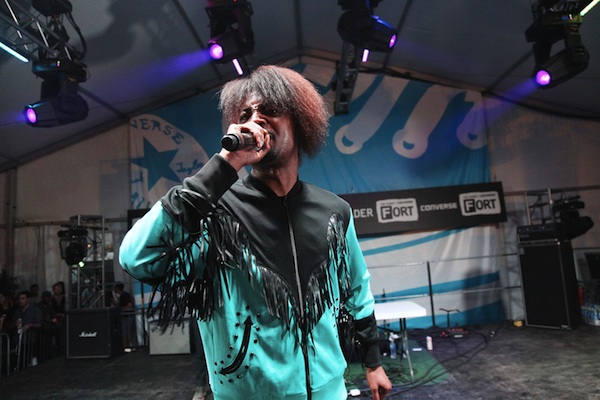 Who is Danny Brown?

Yeah, you weren’t the only person wondering.

I find myself frequenting Spotify trying to come across interesting artists, and my discovery of Danny Brown places him high on the list of intriguing charmers. Brown is not your regular rapper, given even that MTV has said of him that he is “one of rap’s most unique figures in recent memory.” He sounds like Andre 3000 at times, but in others, is a monster of rap-dom in his own right.

Need to know who the up and coming artists are? Stay updated with our newsletter >>

Hailing from Detroit, his parents tried to keep him sheltered, but there was only so much they could do. Brown knew from an early age that rapping was what he wanted to do though, and he kept his eyes focused amidst trying circumstances (even if his appearance suggests otherwise, ha).

Which Kardashian’s boyfriend is trying to start a rap career? >>

Oct. 8 was a big day for Brown, as he dropped another album, Old. With his hair styled like Einstein, you can’t help but consider him a genius when he spews lines with mastery that ignite the lyrics. “Dope Song” describes the effects that selling drugs has had on his life. And though it’s not particularly poetic, it’s incredibly real, and Brown’s delivery is a breath of fresh air.

Another famous “Brown” is in trouble again >>

The entire album is fire, and the music video for the track is featured on Complex magazine’s website. A warning though — it may induce seizures, but it’s worth watching his trippy ride in his Cadillac through his hometown. One ironic fact is that Brown has admitted to not even knowing how to drive. Oh, and keep your eyes peeled for Brown partying in front of his childhood home.

I know I’m looking forward to more music from Brown, are you? Thoughts? Reactions? Do you agree with the encouraging words from MTV?