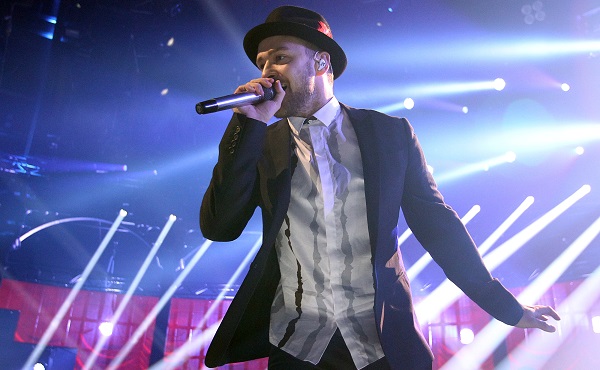 We just watched the new video for Justin Timberlake’s single “TKO” and, honestly, we’re a little turned on. There’s just so much to love… and a few things to question.

The video stars JT sporting the most amazing beard in pop culture as a dude in a slightly unhealthy relationship. In this instance, the girl knocking him out isn’t his wife, Jessica Biel, but Elvis’ grand-daughter, Riley Keough. Throughout the cool-toned video, we watch as Timberlake is dragged behind Keough’s pick-up truck, through the desert and, eventually, pulled right off the edge of the cliff. Laced in between scenes in the desert are tons of clips inside the fictitious couple’s minimalist house. There is detached cuddling on the couch, followed by angry sex on the kitchen counter. The vibe is cool, dramatic and most certainly sexy. See for yourself…

Even celebs get starstruck! That includes Justin Timberlake >>

Admittedly, the scenes of Timberlake being dragged through the desert are an unfortunate choice of imagery. Did the director, Ryan Reichenfeld, really not know anything about the South and the civil rights movement to understand that this was probably not the best, most sensitive way to go? Keough’s character could have reached similar results if she’d just tied him up in the bed of the truck. We do like how, even with the physical space between the two (ex?) lovers, Timberlake still reacted to every punch Keough landed on the steering wheel. That was actually our favorite artistic touch.

The real draw of the video, though, is Timberlake and Keough’s scenes on the kitchen counter. Of course. The chemistry between the two characters isn’t exactly loving… but it’s sexy as hell. When they were on the couch and we spotted a few almost-kisses, we thought maybe things would stay that way. Afterall, JT is still, kind of, a newlywed. No holds are barred in the kitchen scene. Lips are on lips and hands are everywhere.

Finally, the “TKO” video serves as another reminder of just how freakin’ hot Timberlake really is now. Just to help us make that point, here’s a side-by-side of JT in his ‘NSYNC days (taken from the “Bye Bye Bye” video) and JT now.