Jane Seymour and her husband announced their separation back in April, but she made it official this week in a Los Angeles court. 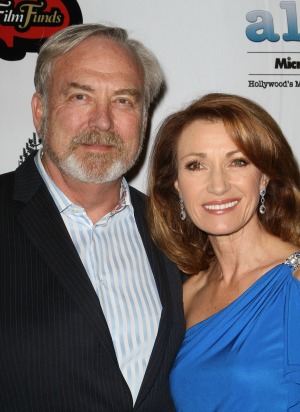 Jane Seymour is one step closer to being a single woman again for the first time in 20 years. The actress officially filed paperwork for separation from her husband, James Keach, according to TMZ.

The 52-year-old actress has been through the divorce game before — Keach is her fourth husband (Seymour is Keach’s his third wife). She cited “irreconcilable difference” for the split, according to the LA Times.

The couple has 17-year-old twins, Kristopher and John, and Seymour has filed for custody of the teens, but asked the court not to order her to pay spousal support.

Seymour and 65-year-old Keach were married in 1993 and celebrated their 20th wedding anniversary back on May 15, although it wasn’t much of a celebration. A month earlier they announced they were “separated and have been for several months” and were “negotiating the terms of their divorce,” Us Weekly reported.

The couple said they “continue their relationship as devoted parents to their children, as business associates and partners and in their joint dedication to preserving and furthering the charitable endeavors that they’ve worked on throughout their marriage.”

A few days after announcing the separation, the Austenland actress talked about the breakup on The View.

“Obviously, it’s really devastating,” she said, according to the LA Times. “It did happen a while ago. It was sort of kept quiet.

“We open our hearts to one another. We respect one another,” she added. “We’ve been together 22 years, and we will be together the rest of our lives raising our children and doing things like the Open Hearts Foundation.”

The husband and wife stepped out together for the foundation just days after announcing their separation.

Seymour left the date as “TBD” on the separation documents so the couple’s divorce could come at any time.