Are they together or are they separated? The constant rumors about Will Smith and Jada Pinkett Smith’s marriage are exhausting. 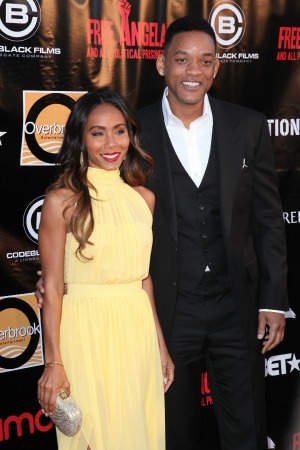 The rumor that won’t die has heated up again. New reports have Will Smith and Jada Pinkett Smith at odds in their marriage.

According to RadarOnline, the couple are in the midst of a trial separation. The last time the rumors surfaced was only last month when it was reported that their $42 million Los Angeles-area home was on the market. That story turned out to be false, so is this story about their marriage another lie?

The gossip site notes that the couple have not been photographed together since Aug. 23. However, Will is currently filming the movie Focus in New Orleans. He’s been down in the Big Easy since mid-September.

Jada PInkett Smith talks about her “many addictions” >>

Jada has been spotted in Paris with their daughter, Willow, and at a Baltimore event with her mother. According to sources who were at the Baltimore Girl’s Night Out Event, Jada made some interesting comments about marriage.

She told the crowd that “when you are going through a storm with your spouse… stop thinking about what you ‘believe’ a husband or wife should be.”

RadarOnline reached out to Will’s mother, Carolyn Smith, about the state of her son’s marriage, but she didn’t offer much information.

She said, “Isn’t that personal? Thank you for your concern.”

Jaden Smith tells kids to drop out of school >>

Whatever is happening in their marriage is something the two actors want to keep private, but insiders keeps blabbing to the press. In fact, the gossip site suggests that Jada has moved out of her marital home and into her brother’s Calabasas, California house.

It remains to be seen if this round of rumors are true, but perhaps Jada’s vague statements about her relationship with her husband continue to fuel the flames?

“Will and I can both do whatever we want because we trust each other to do so,” she shared back in April. “This does not mean we have an open relationship. It means we have a grown one.”

It looks like we aren’t supposed to figure these two out.