AMC has made the most anti-climactic announcement ever: They’re renewing ratings powerhouse The Walking Dead for a fifth season. 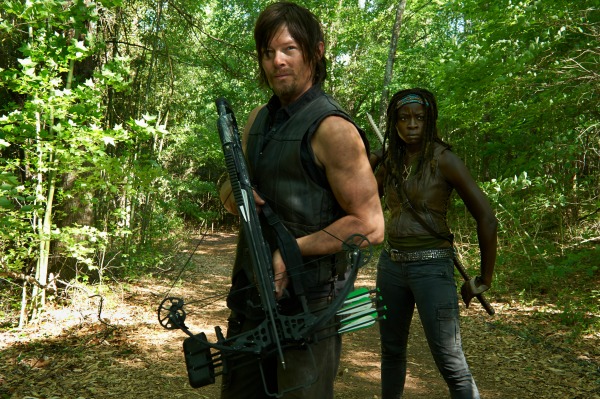 There’s probably a really good joke to be had about a zombie show being renewed. Something about death and bringing it back to life, but since this show has never, ever done anything but get better and better in the ratings, it probably wouldn’t work anyway.

Whether the joke works or not, the news is still the same. TheWrap has announced that AMC has already given The Walking Dead a renewal for Season 5, while it’s still in the midst of airing Season 4.

Here is what AMC president Charlie Collier had to say about the renewal:

“We are very happy to make what has to be one of the most anti-climactic renewal announcements ever: The Walking Dead is renewed for a fifth season,” Collier said in a statement. “This is a show that has erased traditional distinctions between cable and broadcast. Its expanding base of passionate fans has grown every season, most recently — and most notably — with the season four premiere earlier this month, which broke viewership records for the series and became the biggest non-sports telecast in cable history.”

Like Collier said, the news isn’t exactly earth-shattering to anyone who hasn’t been living under a rock for the past couple of years, but it’s still always great news for fans to hear about their favorite show.

The Walking Dead is one of those series that seems to get better the longer that it’s on the air, with ratings as well as with the story lines. In the current season, the survivors have been battling threats not only from outside the prison walls, but those inside as well. It’s made for some incredibly tense moments and there will undoubtedly be more pressure as the season continues.

The news of the renewal comes not too long after the announcement of a Walking Dead companion series, which means that, as of 2015, fans will have two zombie-theme TV shows to watch.

What do you think of the news of The Walking Dead being renewed for Season 5?