Camille Grammer claims she was physically abused after her radical hysterectomy — and while she hasn’t come out and said by whom, sources close to the star are already pointing fingers. 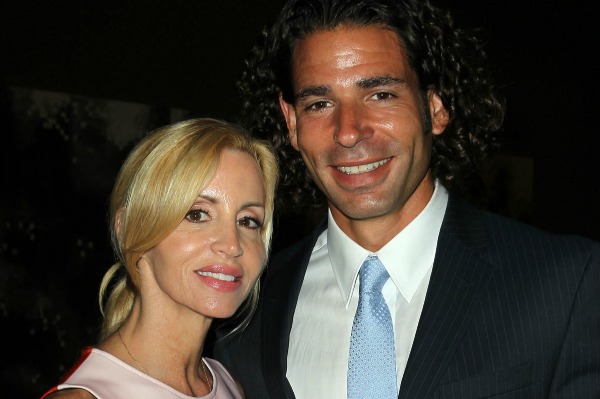 What should be a time of rest and recovery for cancer-stricken Camille Grammer has turned into a nightmare. The Real Housewives of Beverly Hills star says she was physically abused just two days after undergoing a radical hysterectomy for endometrial cancer, and while she has yet to say who the sick jerk is who hit her, all eyes have turned to her boyfriend Dimitri Charalambopoulos.

Grammer revealed the abuse in a series of tweets Monday, shocking fans who were horrified to learn of the turn of events.

In a message that has strangely since been deleted, Grammer told a fan that she is “working with lawyers and the police. This man should be behind bars.”

A source close to the reality star told RadarOnline that Grammer’s longtime boyfriend Charalambopoulos hit her while she was recovering in a Houston hotel room.

“Things between them had been bad for a while,” a source revealed, adding that Grammer “ended it because she was over his antics.”

No arrests have been made yet.

Grammer underwent a “radical hysterectomy,” according to her rep Howard Bragman, after being diagnosed with early-stage endometrial cancer.

“The surgery went well and she is expected to make a complete recovery following a significant recuperation period,” he said.