Things have gone from bad to worse for fans of The Jonas Brothers: The three guys say the band is dunzo. 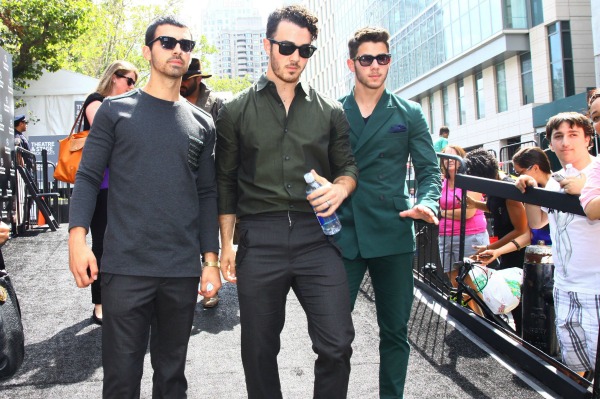 The Jonas Brothers are no more. Three weeks after canceling their tour the guys say the band is totally done, and there’s a good chance they are never, ever, ever getting back together.

The brothers canceled their tour earlier this month citing a “deep rift within the band,” which turns out, they are now saying, to be all about Nick. On Oct. 3, he called a meeting where he confessed his concerns about being known only as a Jonas Brother for the rest of his career.

“I was feeling kind of trapped,” he said. “I needed to share my heart with my brothers.”

But don’t lay all the fault on Nick — his brothers they made the choice together.

“It was a unanimous decision,” Joe confirmed.

The short statements from the brothers take the heat off rumors that the split was caused by Joe’s alleged drug habit, rumors only fueled further by his appearances with sober coach Mike Bayer, who has worked with Joe’s ex-girlfriend Demi Lovato.

“He’s been dealing with substance abuse issues for quite some time,” a source told Star magazine. “The tour would have never survived with how Joe was behaving.”

“At this point, Nick and Kevin don’t care what is going on with the band, they just want to see their brother healthy,” the source added. “They’ve had discussions with Joe about their fears for him and the importance of getting help.”

Joe’s rep denied the story, but the question lingers: Is Nick just taking the fall for breaking up the band to cover up for his brother?