Charges against Chris Brown have been greatly reduced in the wake of contradictory witness accounts of the altercation that saw him jailed over the weekend. So who punched whom? 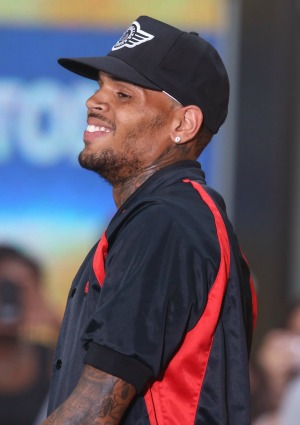 Chris Brown left court on Monday with a triumphant smile after his felony assault charges were reduced to a misdemeanor over a fight that broke out this weekend near his tour bus.

Brown was accused of throwing racial slurs and breaking the nose of a man who photobombed a fan pic, but Breezy reportedly insists that’s not at all how it went down.

According to court documents, while some eyewitnesses back up the alleged victim’s story, Brown and others say the man was trying to trespass on Breezy’s tour bus and his bodyguard, Christopher Hollosy, reportedly punched him in an effort to stop him from boarding. Hollosy was also arrested.

Due to the conflicting stories and the man’s minor injuries — a broken nose — the charges were dropped from a felony to a misdemeanor, to which Brown pleaded not guilty. He was released without bail and ordered to stay at least 100 yards away from the complainant.

But the singer’s troubles may be far from over. Regardless of the charge itself, or if he is ever even convicted of anything, Brown could still be facing prison time. Any whiff of legal misconduct could be enough to yank his probation in the Rihanna assault case.

In fact, the Los Angeles County Probation Department has launched an investigation into whether or not Brown did violate his terms. If they find that he has, Breezy could be looking at four years in prison. Considering they already think he is trying to cheat his way out of his original punishment, the situation does not look good for the star.

But no matter. Brown looked victorious as he walked out of the courthouse on Monday, and later tweeted a special message to his loyal fans.

Tell us: Should Chris Brown go to prison?

Drake: Chris Brown made me the enemy
Rihanna and Chris Brown wage Twitter war over breakup
Chris Brown says he lost his virginity at 8 years old