Jack Osbourne is competing on Dancing With the Stars despite his multiple sclerosis, and he wants it to inspire everyone suffering from the disease. 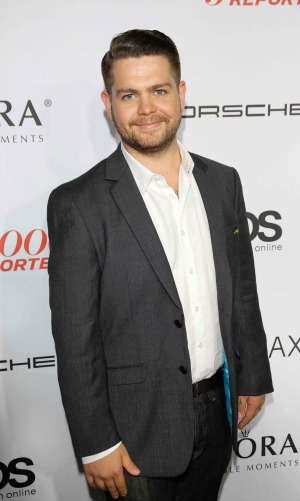 Jack Osbourne has found himself an unlikely face for the fight against multiple sclerosis, but the reality star is taking the challenge head on. Osbourne is currently competing on Dancing With the Stars, and is hoping to inspire those suffering from the disease.

The 27-year-old suffers from Relapsing-Remitting Multiple Sclerosis which, according to People, can affect balance and coordination, not to mention dancing. Osbourne hasn’t had any of those symptoms during his time on the show, and feels lucky he can continue to be an inspiration.

“Fortunately, over the past 10 weeks, I haven’t had any severe symptoms other than the odd bit of tingling down my leg and the occasional bout of fatigue,” Osbourne said on Facebook.

Osbourne revealed his diagnosis just a few years ago — a diagnosis that came just days after the birth of his daughter.

He took on the task of DWTS to prove to himself he could do this.

“It’s funny, every week after the show, we all line up and do a big red carpet press line, and the question that every single reporter asks me is how are you feeling — any aches, any pains? But we all know what they’re really asking,” he wrote. “The truth of the matter is, today I’m good. I’m feeling strong and confident in my ability to continue on.”

Osbourne knows from experience that just because he feels good today doesn’t mean he will feel the same the next day.

“In a weird way, I’ve found myself somewhat holding my breath, because although I feel good and confident in my ability to continue to perform, you never really do know what tomorrow is going to bring,” he said. “For people who have MS, I think you’ll be able to relate to that feeling.”

Osbourne said if he wins this season, he hopes it will be a win for more than just himself.

“I can’t quite put into words how moved I am by all the people who have reached out to me online,” he added. “Just know this, if that day does come where I do win this mirrorball, know that I didn’t just win it for me, but I won it for all of us with MS.”