Kim Kardashian and Kanye West are newly engaged, but are already looking to the future. Kim says she is letting Kanye make the wedding choices. 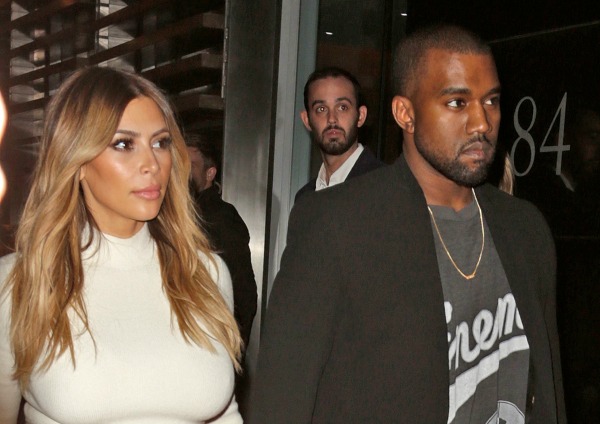 Barely a week since getting engaged in front of a thousand of Kanye West‘s fans, Kim Kardashian and West are already thinking about their wedding. But it’s becoming apparent who makes the decisions in that relationship.

“We honestly haven’t had a moment to talk about it or even breathe, so we haven’t really talked about it, but whatever he wants,” Kardashian told People in Las Vegas while celebrating her 33rd birthday.

The reality star did confirm she will have her stepdad, Bruce Jenner, walk her down the aisle, but it looks like maybe West has been thinking more about the upcoming wedding than Kardashian has. He told Power 106 Monday morning that the wedding will be “next summer.” The rapper also added that the one thing he’d love at their wedding is “fighter jets.”

West did reveal a softer side and told the station how excited he is to be marrying the woman of his dreams.

“I wanted to marry that girl from the first time I saw her, and I just had to wait through a bunch of relationships to finally get my chance,” he explained.

West also seemed to relax his stance on putting his life out for the public to see. It’s not clear if he was joking, but he did say he he would be willing to televise the wedding.

“I would take as much as possible,” he said. “What’s official for everybody in this room and everybody on this globe right now is them bills. If you can help out with those bills, because you know me and Kim are in the exploitation business. We get paid to exploit ourselves. I’m [going to] give my daughter the opportunity to choose when she wants to be exploited. That’s the reason we didn’t take any money for any baby pictures.”

Kanye West’s tour kicks off with a friend named Jesus >>

The rapper proposed to his girlfriend during a show on his Yeezus Tour. Kardashian said she had no idea a proposal was coming, and neither did her family. They all apparently thought they were there for a surprise birthday party.

“I was shaking so much, shaking the entire time,” she said. “Like, ‘Is this really happening?’ It was like an out-of-body experience.”

Expect next summer’s wedding to be over-the-top and fabulous, just like the couple.