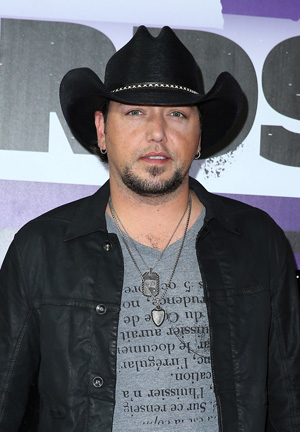 A tour bus transporting Jason Aldean and his tour crew ran into a pedestrian and killed him on the scene early Monday morning in Indiana.

The unfortunate incident happened at 1:30 a.m. when the bus ran over a man who suddenly walked into the middle of the street, a police source told TMZ. Law enforcement officials added that the accident was not the bus driver’s fault and that he did everything in his power to avoid, or diminish, the impact with the man.

The town’s sheriff, Michael Morris, said the victim would often walk around town, although they don’t know what caused him to run into the path of an oncoming bus.

After the ill-fated accident, Aldean went online to express his sorrow at the situation saying, “In all the years I’ve been touring and all the miles we’ve driven, nothing prepares you for something like this to happen.”

The news of this accident comes shortly after Aldean made headlines for separating from his wife, Jessica Ussery, last April after being caught with another woman. The country singer was photographed kissing Brittany Kerr, an American Idol Season 11 contender, in front of a large crowd at a Hollywood bar.

After the cheating incident, Aldean and Ussery tried to patch things up and walked the red carpet together last November. However, they continued to struggle with their marriage and ultimately decided to split.

A short time after a separation announcement, Aldean actually filed for divorce, permanently ending the 11-year marriage to his high school sweetheart.

The pair have two children together, who now live in Tennessee with their mother.