The website Geeks OUT is urging movie goers to boycott Ender’s Game for author Orson Scott Card’s controversial views on gay marriage. But do Card’s current political views match the themes in the movie? “No,” says director Gavin Hood. 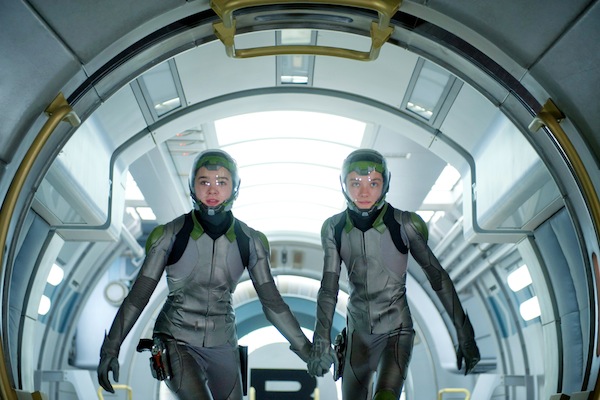 The book Ender’s Game, written by Orson Scott Card in 1985, tells the story of a futuristic society in which a boy named Ender Wiggins (Asa Butterfield) trains to battle a ferocious alien species and save Earth from destruction.

The sci-fi author has been taking a lot of heat as of late, with one group advocating a boycott of the movie. Card has been very vocal in his views against gay marriage and Geeks OUT, a website that offers a “geeky view of the LGBT world”, created a petition at www.skipendersgame.com in hopes that “your entertainment dollars don’t support homophobia.”

So what does the film’s director have to say about it all? Gavin Hood told Totalfilm.com that, “A lot of journalists have been saying to me that the movie is obviously very different from what Orson Scott Card’s current political views are on the issue of gay rights. He and I happen to hold opposite points of view on this issue.”

Ender’s Game: 10 Weird things that happen to a body in space >>

When pressed further, Hood defended the book, saying, “Nevertheless, I’m a fan of the book, and this is what’s tricky to reconcile, I think everyone will agree that one of the great things about the book is its themes of compassion and tolerance to the ‘other’. It’s all about how you cannot understand someone until you’ve walked in their shoes, and you must in order to engage with them.”

Hood also said he believes that sometimes art must be separated from the artist.

What do Ender’s Game and Anne Frank have in common? >>

So, should you boycott the movie? Emma Ruby-Sachs of Huffington Post urges her readers to call off the Ender’s Game boycott, stating, “Ender’s Game is like a thousand ‘it gets better’ videos in one. It’s a powerful story about one small loser who crawls out of a painful childhood and finds purpose and community.”