Justin Bieber gushes about how great it feels to help out the less fortunate after spending time in Guatemala building a school by hand. 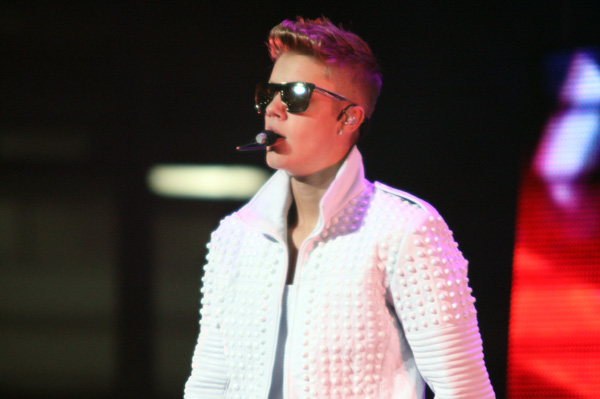 After having spent some time helping out the less fortunate in Guatemala and actually building a school by hand, Justin Bieber spoke about his experience in a new video.

Continually being the subject of scandalous headlines, The Biebs did something nice and worthy for a change. The “Boyfriend” singer was in Guatemala for a tour stop and joined up with Pencils and Promise to help the people there build a school for the community. This was part of Bieber’s Believe Tour, in which they agreed to help the organization, a non-profit that dedicates its time to building schools for communities in need.

After his hands-on help, the 19-year-old pop prince posted a video on his website explaining his good deed and how good it felt to help others.

“Today was probably one of the most magical days of my life,” Bieber said. “I got to visit a place I didn’t even know existed. Um, so many beautiful children who are very, very less fortunate, and I’m not talking about, you know poor, I’m talking about 10 people living in a little shack.”

The singer went on to say that this had been a wake-up call for him because the kids he visited have “absolutely nothing,” while people like him are stressing over little things.

“I’ve gotta say that it’s selfish, it’s selfish of me,” Bieber confessed. “But, it’s the best selfishness possible because I am doing this because it makes me happy but, it’s also helping so many other amazing people.”

Gushing over a little girl he met during his school-constructing visit, Bieber revealed that she helped open his eyes and led him to his video confession.

“I met this beautiful girl,” Bieber said. “Instantly we had a great connection, she was just beautiful and had such a beautiful soul, and followed me everywhere.”

Bieber continued, saying how aiding those people helped him in return to realize what he has and how great it feels to “just give to others.” Plus, it taught him how he can make a difference in helping those children that “wouldn’t have had the opportunity, they wouldn’t have been able to get out of where they are” without the help of a few others.