Farrah Abraham is furious with Bethenny Frankel after a planned TV appearance turned into a “bash Farrah” party. 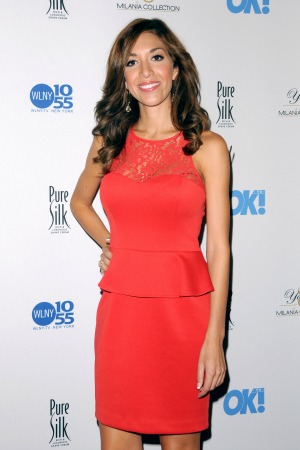 Farrah Abraham got her butt handed to her on Bethenny Frankel’s talk show Bethenny today — but unlike on her sex tape, this time the reality star is not taking it lying down.

Abraham is hitting back at the talk-show host, saying the whole thing was a deliberate setup to make her look bad.

“Before going on the show, I was told that it would be a positive and inspirational talk for mothers and businesswomen,” Abraham told RadarOnline.

“But as soon as I met Bethenny, it turned into a judgmental zone. She did not like how I valued my daughter’s opinion and care so much about her that I allow her to have her own voice.”

“Then, she brought up very old, misconstrued tabloid topics like my daughter’s unibrow and had judgmental women who were in the audience act disrespectful towards me and twist my opinion — as a mother, I care about my daughter’s hygiene — to suggest Sophia would not be beautiful, even if she had a unibrow,” she complained. “It was rude and I felt Bethenny siding with these women and their untrue statements.”

Abraham also took exception to Frankel mocking her new business venture. “During the show, she brought up my sex toy line… and tried to encourage the audience to not buy my line because ‘I’m a Teen Mom and that’s all I will ever be,'” added Abraham.

“This was very rude as my life has moved on from all of this, plus, it made no sense at all being the first release of the sex toys are for men not women. Perhaps her ex-husband Jason will be purchasing my sex toys… not women like Bethenny,” Abraham zinged.

Finally, the reality star said Frankel is taking her misery over her failed marriage and struggling TV show out on her guests, calling her behavior “degrading.”

“Overall, Bethenny seems to be in a dark place in her life and it was shocking to see how against women she really is,” she said. “I hope she comes to better terms with herself so she can be a better mother, move on from her divorce — and be a better television host. I wish her all the best in her future and her career.”

Tell us: Are you Team Farrah or Team Bethenny?